Xiaomi Mi A3 Price in Pakistan

Xiaomi Mi A3 Replacement Back Camera Lens Glass For Mi A3 Xiaomi Mi A3 Price in Pakistan

Xiaomi is famous in Pakistan for its affordable and lightweight devices. The company released its flagship Xiaomi Mi A3 in July 2019 as part of the Android One programme. Though it might not fall into the award-winning category of smartphones, it definitely has enough features to cater to a common person's daily needs, giving them a clean and pure Android experience. With interesting colour names, the Xiaomi Mi A3 comes in Kind of Gray, Not just Blue and More than White colours. Shopsy has a list of all online shops that are selling Xiaomi Mi A3 at various prices in Pakistan. Compare and find the best deal that fits your budget.

Xiaomi Mi A3 Pros and Cons

The phone supports 18W charger but included one is a 10W

A step up from the previous iterations, the Xiaomi Mi A3 looks and feels premium for its price, adorning an elegant look, thanks to the glass back. The phone is not water protected but then it is difficult to find a phone with a higher IP rating at this price point.

The beautifully curved edges on Xiaomi Mi A3 make it comfortable to hold and grip on. On top of the screen, the phone displays a water-droplet notch on its 6.01 inch Super AMOLED capacitive touchscreen. Mi A3's screen has a resolution of 720 x 1560 pixels, a pixel density of 286 ppi and is protected by Corning Gorilla Glass 5. The headphone jack is back with the Xiaomi Mi A3 and there is also an IR blaster and an SD card slot on the phone. There is a single downward-firing speaker at the base of the phone that delivers clear and loud sound but lacks bass. You can compensate this by using a Bluetooth headset as it instantly improves the sound quality and is much better than wired listening.

The Xiaomi Mi A3 has an optical under-display fingerprint reader that is so accurate that you don't have to turn on the screen in order for it to work. There is also a face unlock option but most users find it less secure than the fingerprint unlock.

Running on Android 9.0 (Pie); Android One the Xiaomi Mi A3 uses an Octa-core (4x2.0 GHz Kryo 260 Gold & 4x1.8 GHz Kryo 260 Silver) CPU, Qualcomm SDM665 Snapdragon 665 (11 nm) Chipset and Adreno 610 GPU. As for the performance, the 720 display comes with a number of benefits with one being decreased battery drainage and another, a blazing fast screen since there isn't much display to power. One of the downsides of the 720 display is that the images and videos don't appear as good as they do in higher resolutions.

Mi A3 comes with a minimum of 64 GB internal storage paired with 4 GB RAM while the models having 128 GB internal storage come with either 4GB or 6GB of RAM options. You can expand the storage up to 256 GB via a microSD card using the shared SIM slot. The Xiaomi Mi A3 comes with a non-removable Li-Po 4030 mAh battery and supports Quick charge 3.0 but the included charger in the box is the standard 10W one.

Xiaomi Corporation is an electronics company based in China. Xiaomi made an entry into the tech world in 2010 and ever since then it has made and invested in multiple budget-friendly smartphones, laptops, mobile apps, bags, earphones, trimmers, MI Television, fitness bands, Shoes and many other products. With its first smartphone released in August 2011, Xiaomi quickly gained market share in China and became the country's largest smartphone company in 2014 and the fourth-largest smartphone manufacturer in the world by 2018. 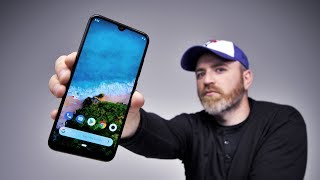 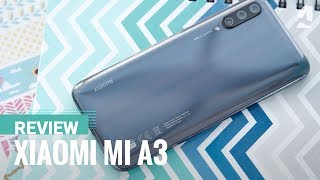 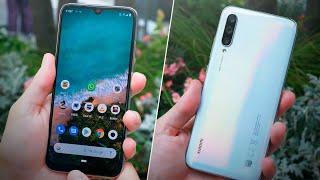 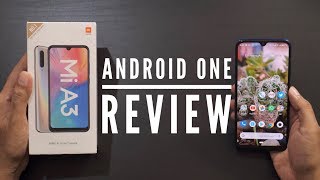 Mi A3 Android One Smartphone Review with Pros & Cons 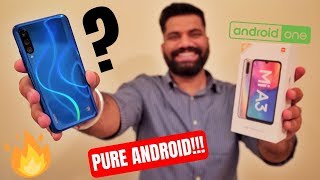 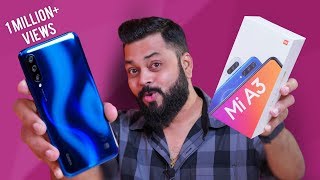 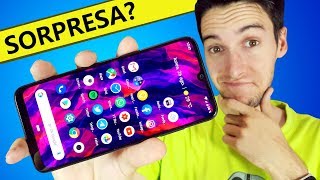 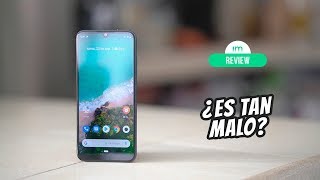 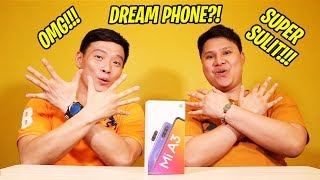 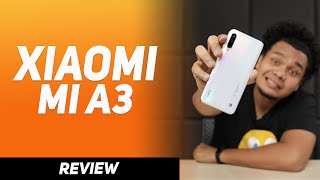 Related to Xiaomi Mi A3