Vivo V19 (128GB 8GB) Gleam Black - Official Warranty at Best Price in Pakistan with Excellent Customer Service from ShopOn.pk and available with lowest Cost from Our store Shopon.pk We Deliver that Mobile Product with 100% real. Our Shi... Vivo V19 (128GB 8GB) Sleek Silver - Official Warranty at Best Price in Pakistan with Excellent Customer Service from ShopOn.pk and available with lowest Cost from Our store Shopon.pk We Deliver that Mobile Product with 100% real. Our Sh... A budget-friendly smartphone from Vivo. The Vivo V19 falls at a mid-range price. It is packed with a powerful processor and ample specs to handle gaming as well. Featuring cooper tubed liquid cooling as well.

A brand that is owned by BKK Electronics which also own Oppo, Realme and OnePlus. The work one brand does permeates into the others, which is why all the tech that OnePlus is being infused with makes its way to these other brands too. Vivo is among the brands that are catering to a large part of the market that cannot afford an expensive smartphone. In recent times these brands have made great smartphones for friendly budgets.

The Vivo V19 internals and OS

Successor to the V17, the Vivo V19 is slightly more expensive than its predecessor. For the central unit, the processor, Vivo has opted for the Qualcomm Snapdragon 712. This is built using the 10nm production method. The Qualcomm Snapdragon 712 is an octa-core processor, with two Kyro 360 Gold cores that are at 2.3GHz and six cores that are Kyro 360 Silver with a clocking speed 1.7GHz. This is combined with 8GB of RAM, making it quite a powerful overall performer. The storage is at 128GB or 256GB, this can also be added on to using the microSD card. The graphics are handled by an integrated Adreno 616. The brand claims it has used copper tube liquid cooling to keet the thermals vented.

For the OS, Vivo has made use of Android 10. This is a machine learning ready OS that can improve its performance based on the user's patterns. Layered onto this is their own user interface known as Funtouch10.0. This allows for more customisations and other options that bare Android does not have.

Using Super AMOLED as the technology behind their display has resulted in a very crisp viewing. The display size is 6.44 inches with a resolution of 1080 x 2400pixels, which brings the pixels per inch count to 409. This display covers a 100% of the DCI-P3 colour space.

Packing a quad-camera setup, the Vivo V19 has a 48MP primary camera with an f/1.79 aperture, an 8MP wide-angle camera with an f/2.2 aperture, a 2MP macro camera and a 2MP depth sensor. There is a dual-LED flash on the back, next to the cameras. On the front of the smartphone there is a 32MP primary camera and an 8MP ultra-wide-angle secondary. There is a punch hole in the screen for the selfie cameras. Video recording is at possible at 1080p with a frame rate of 30fps.

The camera app is similar to what Vivo has been putting out before, allowing users to have multiple shooting options. Also giving the ability to toggle easily between all the cameras.

The connectivity range is complete, aside from NFC. The options available include WiFi, Bluetooth, FM Radio, GPS and a USB port. The USB port is a Type-C and also functions with the USB On-The-Go feature. For the sensor range Vivo has included an accelerometer, a compass, a gyro and a proximity detector on the V19. Also incorporated is a fingerprint reader under the display.

The battery is based on Li-Polymer technology with a capacity of 4500mAh. This is a large battery and can easily last one's daily usage. With the Fast Charge feature, it charges a lot quicker too.

As far as the price goes, this is a mid-range smartphone. Given its price, it has good features and ample power to take on most tasks with ease. The Vivo V19 is available in Gleam Black and Sleek Silver. 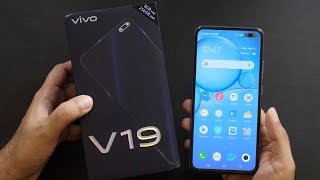 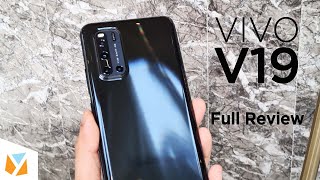 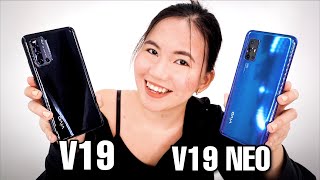 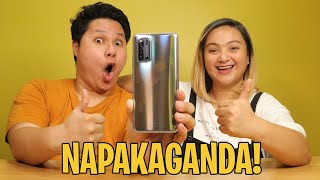 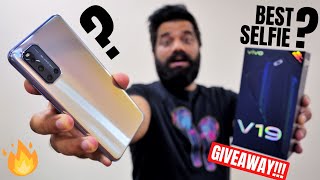 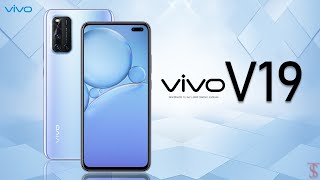 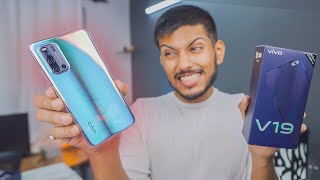 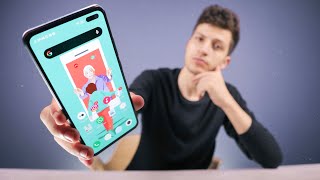 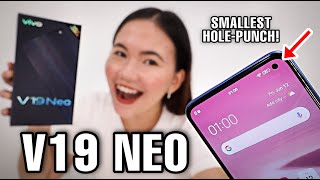 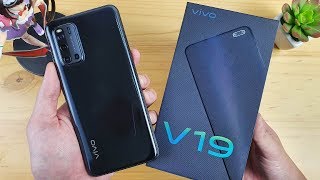