Tecno Camon I4 Price in Pakistan Tecno Camon I4 Price in Pakistan

Another lower price range phone from Tecno, making smartphones widely accessible. Tecno does particularly well in Africa, being one of the largest phone brands there. The Tecno Camon i4 is feature-packed, especially for the price it is available in. With above entry-level specs in an affordable range.

Tecno Camon I4 Pros and Cons

Camon i4 by Tecno

Launched initially in India by Tecno, a competitor of the Redmi Note 7; both are from a lower price range of smartphones. The phone comes powered by a MediaTek Helio A22 processor that is a quad-core chipset, with a clocking time of 2GHz. A Mali-T720 chip does the work on rendering graphics. With RAM at 3GB, enabling the phone to manage its running tasks and multitasking. The display is at a resolution of 750x1520p with a pixel density of 271ppi. A screen size of 6.20-inches and an aspect ratio of 19.5:9. The built-in storage is 32GBs, which can be extended via a dedicated microUSB slot; up to 256GB which would be more than ample.

The user interface is Tecno's own HiOS 4.6 layered onto the Android 9 Pie platform. The base layer is Machine Learning able, meaning it can pick up the users patterns and optimise the phone accordingly. As for the cameras, the Tecno Camon i4 has a 13MP primary camera with an aperture of f/1.8. A secondary lens is an 8MP and the third is at 2MP. The selfie camera is a 16MP on the front.

Options for connectivity on the Tecno Camon i4 include WiFi, GPS, Bluetooth 5.0, microUSB and FM. There is also the option of USB On The Go, which essentially turns the phone into a host that is able to read other USB devices; removing the need for a computer. Also included is the ability of dual-SIM, giving one the option of having a dedicated 4G SIM and one for just calls and SMSing. Sensors on the phone include an accelerometer, an ambient light sensor, a compass/ magnetometer, a gyroscope, a proximity sensor and a fingerprint sensor. The battery is based on a Li-Polymer cell, these cells last longer overall and can also be made into a thinner design form. With an ample capacity at 3500mAh. The Camon i4 also supports Tecno's proprietary fast charging technology.

The Tecno Camon i4 was launched in a range of colours which are Aqua Blue, Champagne Gold, Midnight Black and Nebula Black. For a phone that sits in the lower end price point, the Camon i4 is packed with many features, a good buy for anyone looking for a budget-friendly smartphone. 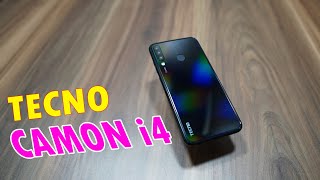 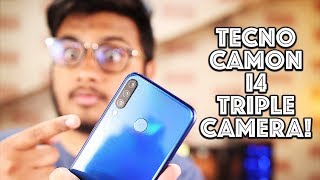 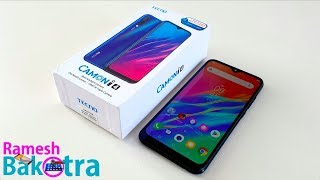 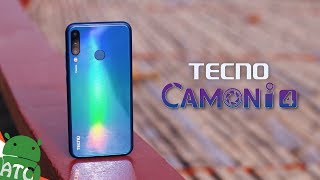 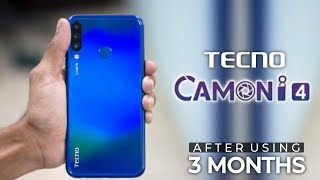 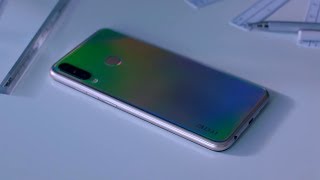 Tecno Camon i4 - All Details 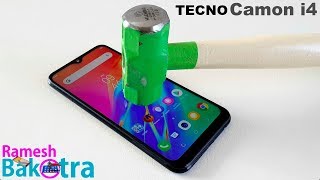 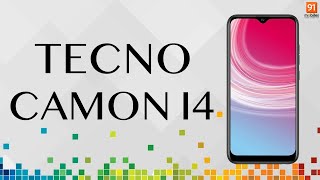 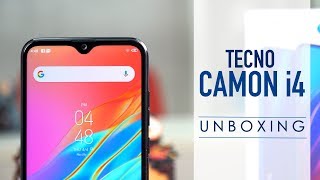 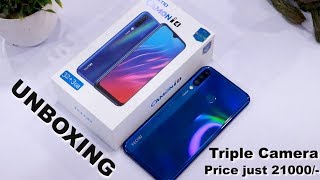 Related to Tecno Camon I4