A mid-range price smartphone from Tecno, the Camon 15 Pro caters to a younger audience. Tecno as a brand targets a generation that is big on creating content for social media platforms but provides budget-friendly phones.

Built with a 6.6 inch Full HD display. This is an end to end display that does not have the notch even, as the selfie camera is made with a pop-up feature. This is the first smartphone from Tecno with this feature. The display's resolution is at 2340 x 1080 FHD and the screen to body ratio is 91.2 percent. Offering 480 nits of brightness the display is clear and visible in the sunlight as well.

The central component that runs this smartphone is the MediaTek Helio P35 processor that clocks a timing of 2.35Ghz. This is combined with 6GB of RAM and 128GB of internal storage, which can be further expanded via a microSD card. This can add another 128GB of space. The graphics processor is an integrated chip. It is the PowerVR GE8320 that is part of the main processor.

For the OS the Tecno Camon 15 Pro has an Android 10 base with their own user interface (skin) layer on top. This is known as the HiOS 6.0, which allows for some more customisation options, adding more to one's experience.

A camera-centric smartphone, the Tecno Camon 15 Pro has a 32MP camera for selfies built into a pop-up module. For the selfie camera the app has various modes such as beauty, AI shot, super night and wide. The back camera system is a quad-camera setup. A main sensor at 48MP, a 5MP ultra-wide-angle, a 2MP macro sensor and the low light lens is a QVGA. The night shot lens has an aperture of f/1.79, which is a large aperture and helps with the low light conditions quite a bit.

The cameras take good pictures for a smartphone in this category.

On the connectivity front, the Tecno Camon 15 Pro supports Dual 4G LTE, Bluetooth 5.0, GPS/ A-GPS, Wi-Fi, micro USB port, and 3.5mm audio jack. The sensor range includes an accelerometer, a compass and proximity sensing. Also supporting a fingerprint reader that is rear-mounted, along with the ability to make use of the face unlock feature.

Packed with a large capacity Li-Polymer battery. It is a 4000mAh battery which is ample to last easily over the course of the day.

The Tecno Camon 15 Pro is a mid-price smartphone. With a quality body build and ample specs within its range. Tecno as a brand targets a younger demographic and for them to be able to purchase a smartphone within a  friendly budget. With the Tecno Camon 15 Pro, they deliver this idea well. 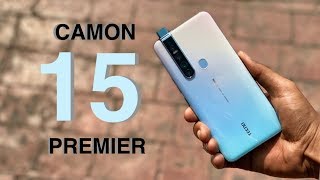 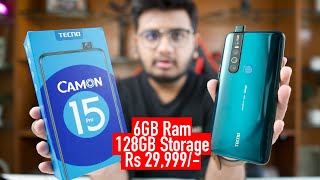 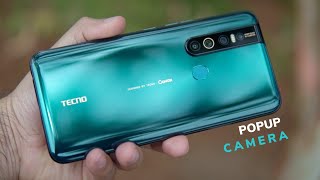 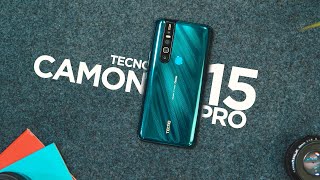 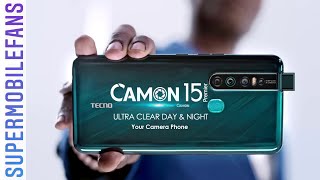 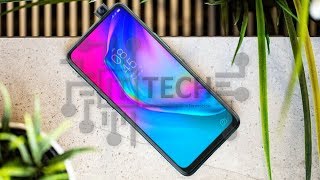 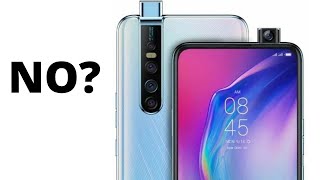 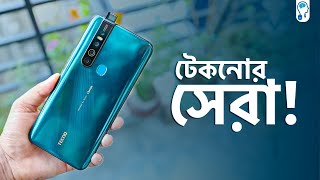 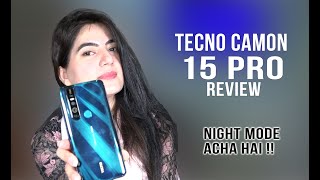