A UHD SmartTV range from TCL. The design is slim with clean lines, built with a metal body which adds to its look. The TCL P6 line is a mid-range line, in comparison to their other models available. The prices are competitive and the quality is good.

A brand that caters to a more budget-friendly market usually. The P6 series is the mid-range TV line from TCL, these are slightly more high tech. As with their other SmartTVs, this line is also based on the Android platform. The sizes start at 43 inches, then on to 50 and the largest is the 55 inch. The design is a lot more sleek, it has a very narrow bezel which maximises the screen as much as possible. The metal casing it is built from also adds to the design taking the minimal feel to the next level.

Dolby Audio is behind the speaker systems, which develops some of the best compression for audio for entertainment. The 5.1 surround is immersive, keeping the watcher engaged with a complete experience.

TCL's P6 series is UHD and has support for 4K. Producing vivid and clear images for the user. With an extra Sports Mode, that enhances ones experience while watching matches.

TCL's P6 line has Smart Volume, this normalizes the volume level between channels so the transition is smooth. Incorporated with their own version of Chromecast known as T-Cast, allowing a user to easily share the screen. One can directly download more apps for their TCL P6 TVs.

It has all the needed ports to connect one's media devices, with built-in Wifi and Bluetooth for wireless connectivity options.

A beautifully designed TV that has a premium level of visual experience that is competitively priced in comparison to other brands with similar models. The size one chooses to buy depends on what their budget will allow. 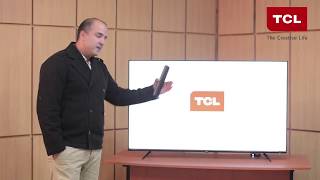 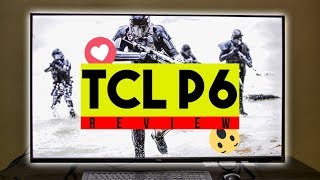 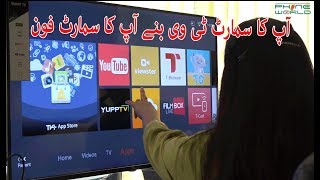 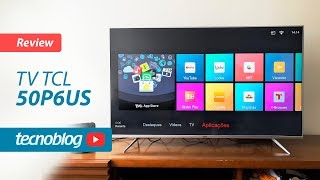 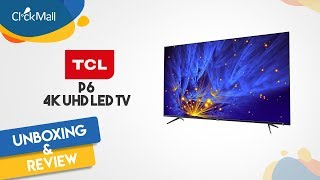 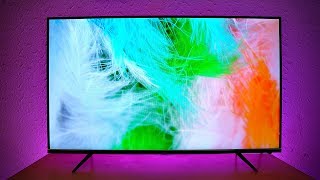 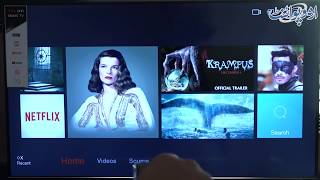 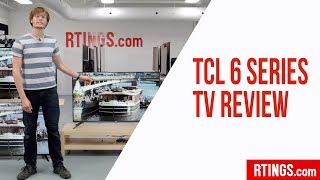 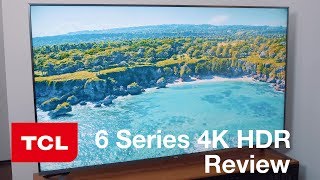