Samsung QLED TVs are amongst some of the best available options. Generally a higher-end purchase, given the build and overall quality of the TV. With a range of feature-packed TVs in different sizes, which you purchase depends on the requirements you have and the price point you have in mind.

One of the largest electronics companies in the world Samsung Electronics is massive and into a couple of fields in consumer products. The TV market is one of these, not just making their own but also providing their screen technology to other brands like Sony and Apple. Interesting that Apple and Samsung are frenemies as they compete all the time, file lawsuits against each other and yet also do large amounts of business.

The QLED TV technology has been introduced by Samsung, it involves tiny quantum dots that are very small semiconductors in the range of being a few nanometers. For reference of understanding the scale, a nanometer is a billionth of a meter! The interesting bit to understand is how the light produced hits your eyes. The light source is an array of LEDs that are fixed behind an LCD panel, which is essentially a matrix of millions of little shutters opening and closing at speeds too fast for the eye to catch. These shutters along with the quantum dots create the picture you see by letting the needed amount of light through and filtering colours. The blacks in the picture are created by dimming the LEDs and using the shutters to block out the remaining light.

One of the biggest selling points of these Samsung QLED TVs is that this new pixel panel design allows way better off-axis viewing, meaning seeing the picture from the side doesn't make it a weird faded image. The Samsung QLED TV technology counters three problems in the LED/LCD TV industry by having higher contrast, a more dynamic colour range and better off-axis viewing. These things get improved each year and are the main upgrades. Another thing the Samsung QLED TVs have is that they aren’t susceptible to 'burn-in' which is when a regularly watched channel's logo gets burned into a corner of the screen.

Samsung QLED's have a range of sizes available and minimal variation in the features. Which you pick is more about the budget you have in mind and the space it will be used in. 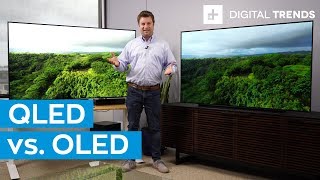 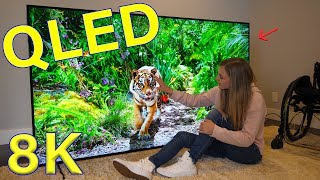 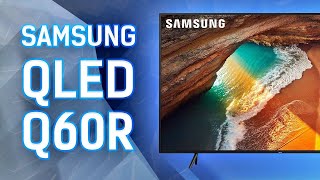 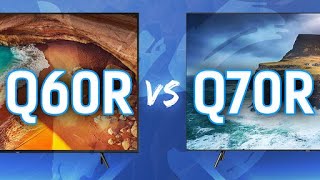 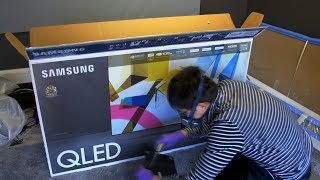 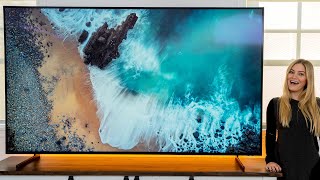 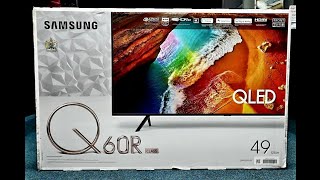 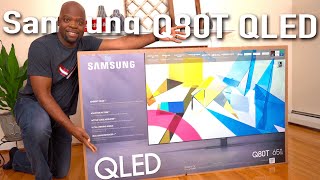