iShopping.pk has considerable collections of Samsung Galaxy A30 Price in Pakistan with having the fastest delivery extensively at any place to your doorstep. Select Samsung Galaxy A30 Price in Pakistan at iShopping.pk in optimum online shopping prices and get express home delivery to your doorstep at any place in the country. With having magnificent collections iShopping.pk is offering Samsung Galaxy A30s Price in Pakistan and get the fastest home delivery to any place within the country. Samsung Galaxy A30s is a part of the 5th generation of the mid-range Samsung Galaxy A series, deemed to be containing improved and extra features as compared to its predecessor at a much affordable prices in Pakistan. You can compare prices offered by different online stores at Shopsy to find the best deal for yourself. Read on to see whether the A30s is easy to ignore or has enough upgrades to outshine the A30.

RAM could have been increased

Samsung launched its A30s in August 2019 as a sequel to the successful A30 that was released 6 months earlier. Samsung Galaxy A30s features high-tech biometric authentication with its in-display fingerprint scanner. It is fast and accurate at recognizing your unique fingerprint, so you are the only one who can press and unlock with one easy touch. The rear triple camera module is a step up from the dual cameras of its forerunner. The phone is available in Prism Crush Black, Prism Crush White, Prism Crush Green and Prism Crush Violet colours.

Slighter heavier and thicker than its forerunner, the phone features a 6.4 inches Super AMOLED Infinity-V Display. The resolution of the screen has been decreased to 720 x 1560 pixels, hence decreasing the sharpness of the display. The screen is protected by corning Gorilla Glass 5 but sports the same old plastic body that prone to scratches unless used with good quality back cover. It is about time Samsung offered an aluminium body instead of plastic for its mid-range phones so that the chances of scratches can be eliminated without the use of any protective covers. There is also a USB Type C slot, a 3.5mm audio jack on the phone and a waterdrop notch on the top of the phone's screen.

A major upgrade over its forerunner, Samsung Galaxy A30s features three back cameras bearing 25MP, 8MP and 5 MP with features like LED flash, touch focus, face detection, panorama and HDR. The front 16 MP camera also features improvements in terms of quality along with HDR features. The only missing factor is the waterproof technology, the absence of which prevents the users from capturing creative underwater photos or videos.

Running on Android 9.0 (Pie), the phone uses an advanced Octa-core processor. Paired with the Samsung Exynos 7904 (14 nm) chipset, the phone is capable of conceiving high tech application and manages to deliver smooth and efficient performance. It comes with a 4GB of RAM that could've been increased as a significant upgrade.

This cellphone offers single and dual SIM options with 128GB internal storage that can be expanded up to 1TB via a microSD card. It uses the same 4000mAh battery and supports fast charging feature which charges up the phone in less than two hours.

Samsung added NFC in this phone that was missing from the earlier version. You will find fingerprint (under display, optical), accelerometer, proximity and compass sensors on this phone.

How is A30s different from A30

With the same display size, the pixels on the Samsung Galaxy A30s have been downgraded, hence the screen doesn't appear as sharp and crisp as its predecessor. While the battery, display size and RAM remain the same, the A30s has better camera resolution and a conveniently placed security feature, the in-display fingerprint scanner.  It also comes with NFC connectivity and 6.06% faster CPU speed. Apart from this, the A30s isn't much different in terms of performance or upgrades from its forerunner. 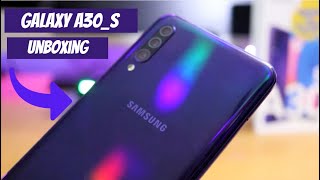 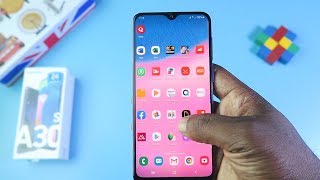 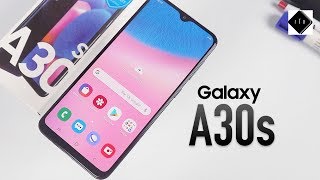 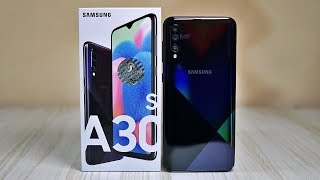 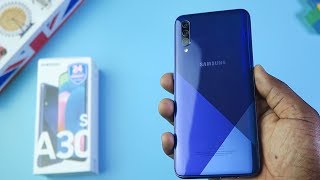 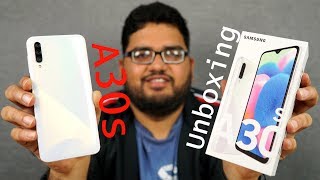 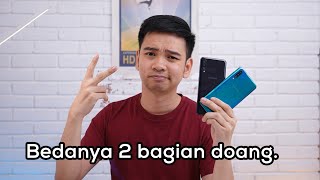 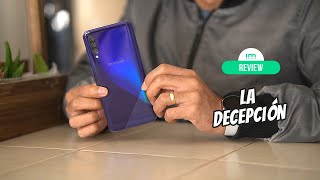 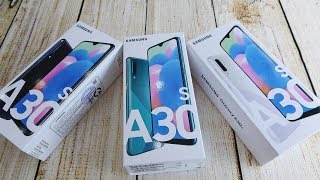 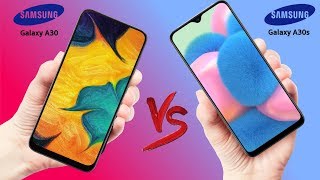