Samsung Galaxy A20 32GB Dual SIM Black at best price in Pakistan with express shipping at your doorstep. Telemart offers you the best Samsung Galaxy A20s (3GB, 32GB) Dual Sim price in Pakistan! What are you waiting for? Start carting and shopping only at Telemart.pk

Telemart offers you the best Samsung Galaxy A20s (3GB, 32GB) Dual Sim price in Pakistan! What are you waiting for? Start carting and shopping only at Telemart.pk Not water and dust resistant

Samsung Galaxy A20s comes with a big 6.5-inch screen that has a great screen to body ratio of 81.9%. The screen has an amazing edge-to-edge display perfect for movie watching and game playing. The only downside to the screen is that it doesn't have a high resolution and isn't protected by a Corning Gorilla Glass.

For a budget phone, the Samsung Galaxy A20s is pretty smooth with performance. Though not so great for playing high-intensity games, the A20 has a decent gaming performance.RAM on the Galaxy is huge at 3GB and 4GB. and paired with the Octa-core 1.8 GHz, it is enough for lag-free and fast performance. The A20 uses the latest Android 9 Pie operating system. Samsung Galaxy A20s has a fast and accurate fingerprint scanner for enhanced security.

Being a budget phone, the best part about the phone is its cameras. The rear houses an array of three shooters including a 13 MP primary camera with a 27mm (wide) lens and an aperture of f/1.8. The second camera is an 8 MP, 13mm (ultrawide) lens with an aperture of f/2.2. Third in the array is a 5 MP, depth-sensing camera with an aperture of f/2.2. For selfies, the Samsung Galaxy A20s comes with an 8MP front camera that gives a great low light performance. The photos are crisp and sharp while packing lots of detail even under dim lighting.

A20s basic model comes in with a 32GB of storage which is ample for most users. You can also opt for the 64GB model or for more storage you can expand it up to 1 TB via microSD. The battery on A20 is huge and is great for a long day of hardcore usage. Good thing is that it comes with a fast-charging option for quick charge ups. The phone lacks wireless charging but then not many phones are providing that at this price point. 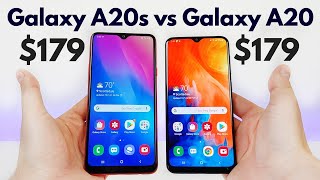 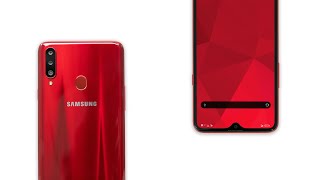 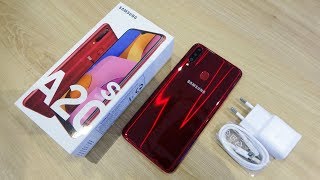 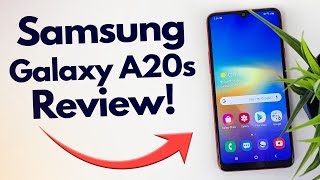 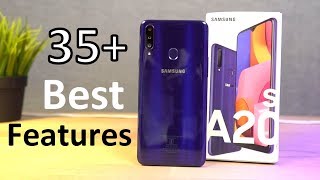 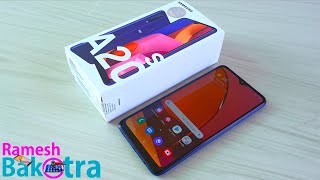 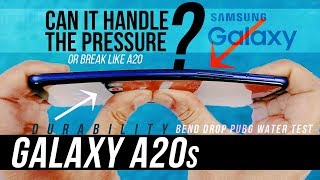 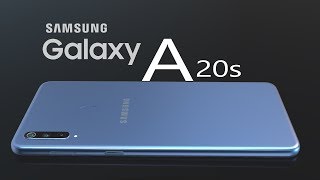 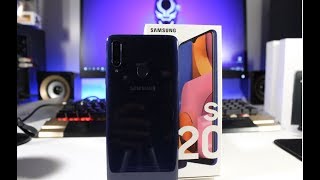 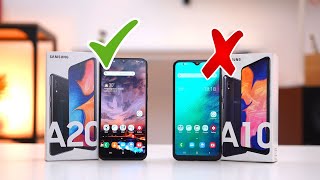