The Realme C3 is a smartphone that is available for a lower-end price. It has all the basic features one would need to interact with the digital world today. The features are what one would expect from a phone in this kind of a price range.

The Realme C3 internals and OS

An entry-level smartphone from Realme that is available for a budget-friendly price. The Realme C3 is a well-designed phone with a slim bezel on the sides and top, and a larger screen than its predecessor. Supporting a MediaTek Helio G70 SoC, which is an octa-core processor clocking 2.0 GHz. The storage is at 32GB and the RAM is 3GB. Storage can be increased using a microSD card. Graphics on this smartphone are run by the mid-level Mali-G52 2EEMC2.

For the OS Realme has made use of Google's Android 10, layering their own skin known as the Realme UI 1.0 on top. This allows one to have some extra features such as the Dark Mode, which is easier on the eyes. Another feature that Realme has been advertising is Personal Information Protection, this blanks ones call history, contacts and messages when apps request to access.

The display is at 6.5 inches with a resolution of 720 x 1560 pixels. It has a protective layer of Corning Gorilla Glass 3.

Realme has used a triple camera module on the main camera for the C3. It has a primary camera at 12MP, this shoots slightly wide images. The second camera is a 2MP macro shooter and the third is a 2MP depth sensor. The camera app allows for HDR, Panorama and a few other modes.

The selfie shooter is a 5MP camera and again shoots wider shots.

The sensor range includes an accelerometer, a compass, a proximity sensor and a fingerprint reader which is rear-mounted. This smartphone also has the face unlock feature. For connectivity, it is packed with WiFi, Bluetooth, GPS, Radio and a microUSB port. This microUSB port also has the ability to function as a USB On-The-Go reader, allowing one to access flash drives connected to the smartphone. The Realme C3 retains the 3.5mm audio jack.

All these features are a large 5000mAh battery that is based on Li-Polymer technology. Li-Polymer cells have a longer overall life and can be packed into a slimmer form factor.

In Pakistan, the Realme C3 is available for a lower-end price. It has two colour options Frozen Blue and Blazing Red. 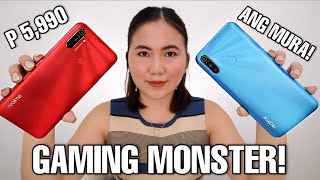 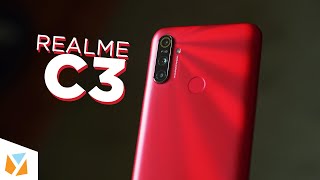 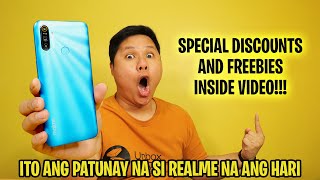 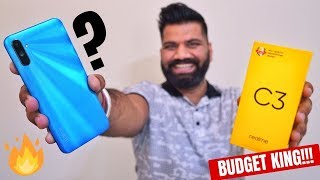 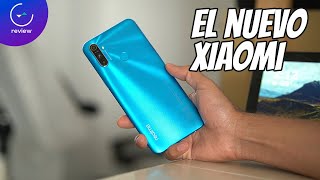 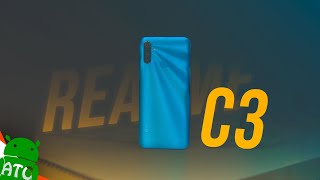 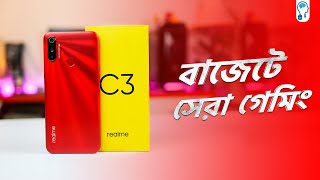 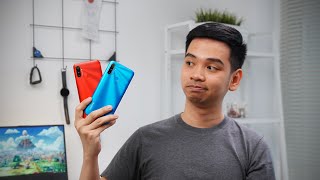 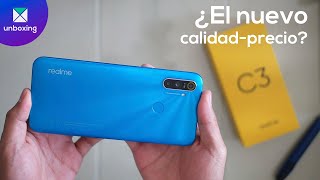