The Realme 6 Pro was released along with the Realme 6 as a model that is slightly better and costs a little more too. It is the more powerful option in a relatively similar range. The Realme 6 Pro has ample specs for gaming, along with a good camera module. For the price, it is a good buy.

No stabilisation in 4K video

The Realme 6 Pro internals and OS

Released alongside the Realme 6, the Realme 6 Pro is a mid-range smartphone but slightly more costly than the 6. Powered by a powerful processor, the brand chose the Qualcomm SM7125 Snapdragon 720G. Built with two Kryo 465 Gold cores clocked at 2.3GHz and six that are clocking 1.8GHz. Combined with 8GB of RAM and 128GB storage, which can be extended via a microSD card adding on another 256GB. The storage uses the UFS 2.1  storage standard making it a lot faster in performance. Graphics are handled by an integrated Adreno 618.

For the OS, Realme has changed their regular ColorOS which is a system from Oppo. Now their smartphones have RealmeUI, this is layered on top of Android 10 making the customisation options more diverse. This includes things such as Digital Wellbeing, Focus Mode, Dark Mode, and Riding Mode among others. Realme Dual-Mode Audio is also included which allows on to use the Bluetooth and headphones at the same time. This RealmeOS does have bloatware so one can get rid of things they do not need.

This is the first time there is a smartphone in this range that has a 90Hz refresh rate for its display. This makes the viewing a lot better on its 6.6-inch screen. The resolution is at 1080 x 2400pixels, bringing the pixels per point to 399. The display on the Realme 6 Pro is protected by a layer of Corning Gorilla Glass 5. With 480 nits of brightness, the display is clear even outside in the sunlight.

Packing a quad-camera setup for the main module. The primary is a 64MP sensor, with an 8MP wide-angle camera that has 119 degrees of view, a 12MP telephoto camera and a 2MP macro shooter. For selfies they have dual 16MP sensors. The camera app is similar to what they had before, with multiple shooting modes and AI abilities.

Video shooting tops out at 4K for the rear camera and 1080p for the front camera. For the main camera, you can choose to shoot 1080p at 60fps. Stabilisation only works for the latter though, not for 4K recording.

The connectivity range is near complete, it has WiFi, Bluetooth, GPS, FM Radio and a port for USB. This is a Type-C reversible connector. This port also works as a USB On-the-GO, which allows users to access USB devices on their smartphone. For sensors, the Realme 6 Pro has a proximity sensor, a compass, a gyro and a fingerprint reader that is mounted on the side. This side mounting is interesting as it is a faster reach possibly. This smartphone also retains the audio jack that is fast becoming a legacy. Even this Reame 6 Pro model does not have NFC.

The battery powering all these systems is a Li-Polymer cell at a capacity of 4300mAh. Another interesting feature is splash resistance, saving the smartphone from moisture and small spills. Also supporting fast charging.

The Realme 6 Pro is a budget-friendly smartphone, the brand is working on making smartphones like this which have ample power for gaming as well. They may not be able to handle the more powerful games but are good for most games.

The colours are funky, with a lightening-like design on the back. 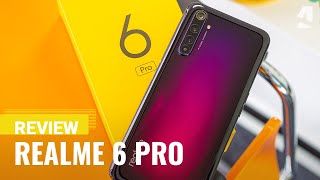 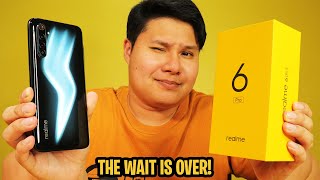 REALME 6 PRO UNBOXING - THE WAIT IS OVER! 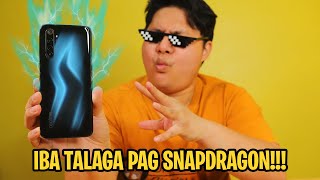 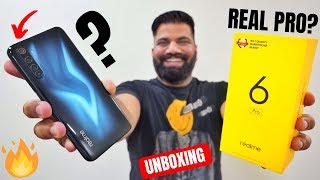 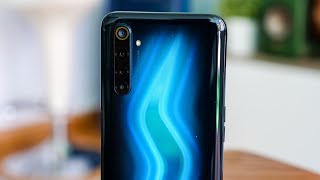 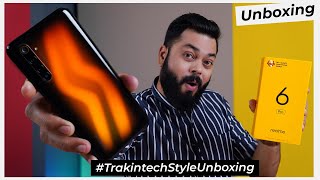 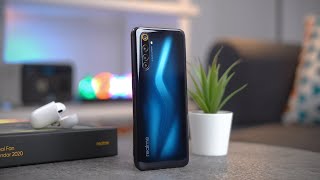 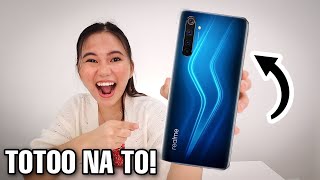 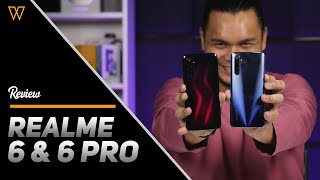 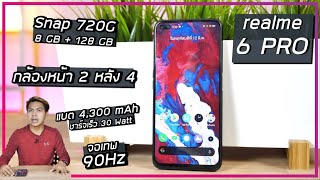