Sony PLAYSTATION 4 SLIM 500GB WITH 3 GAMES in Pakistan in Rs.41199/- with Free Delivery All Pakistan. Buy Sony PS4 Slim 500GB with FIFA 18 Bundle Online in Pakistan | Tajori.pk | Enjoy Cash on Delivery All across in Pakistan Sony PlayStation 4 500GB Slim Console at best price in Pakistan with express shipping at your doorstep.

Your game of choice, quality of visuals, TV compatibility and most importantly budget are essential factors in helping you decide if you want to start gaming on a console. The games available on PS4 are considered masterpieces and gamers have long term relationships with many of these game titles. Buying a PS4 in 2019 is still a cheaper alternative to expensive GPUs and offers great game titles. The price range for PS4 in Pakistan can be found online.

Will not overheat during overclocking

Playstation gaming consoles by SONY have been delivering high-quality gaming experiences worldwide for decades. They have launched 4 generations of the Playstation since 1994.

PS4 has been available in Pakistan since 2013 and is still available online for users to easily purchase.  It is a popular choice for gamers who want to separate their gaming needs from their laptop or desktop machine.

It has a single-chip custom processor, a CPU of AMD “Jaguar” 8 Core along with a GPU 1.84 TFLOPS and AMD Radeon™ graphics engine. With 8 GB GDDR5, the PS4 can be bought with two options for inbuilt storage of 500 GB or 1 TB.

The PS4 Slim is exactly the same internal hardware specifications to the previously released PS4 but in a thinner body size. The major difference is in the dimesnions and the LED strip replacing the power button. This sleek modern design will blend into any home entertainment station without taking up unnecessary space.

PS4 Slim will be compatible with past games and media library. Backtracking compatibility means you can still play your favourite games without losing any previously stored data. You can now save your data from previous devices on the Playstation Network which is a digital storage cloud for PS4 users.

These factors make PS4 Slim a sought after gaming console in the age of advanced level graphics cards and powerful gaming PCs. PS4 offered the latest upgrades for 4K and high-dynamic-range HDR quality intensive games. The PS4 series compared to previously released consoles was a giant leap in HDR. The difference was incredible, players could turn into dark corners and move from low light frames into vivid bright graphics without losing any definition. The shutter speed is better and you can expect dynamic visuals while playing.

Users looking to play on 1080p quality will be able to achieve this on the PS4 Slim with their HD TVs and HDR compatible games. Game developers have been exclusively releasing with Playstation for PS4 users so gameplay and visuals can be experienced as intended by the game architect.

On the PS4 Slim games like God of War, Marvel's Spider-Man, Assassin’s Creed, Battlefield, Call of Duty Black Ops, FIFA 19, Red Dead Redemption, GT Sport and Resident Evil are readily available in Pakistan. With popular companies like Electronic Arts releasing games like Apex Legends designed for especially for a gaming console experience, PS4 is the first choice for users looking for such gameplay. 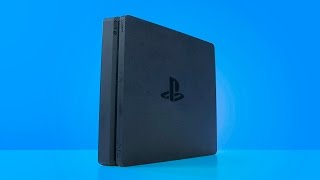 Is The PS4 Slim Worth It? 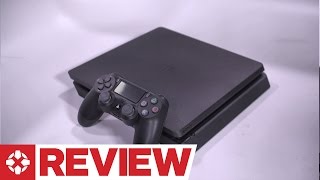 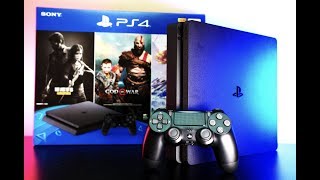 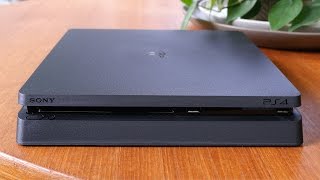 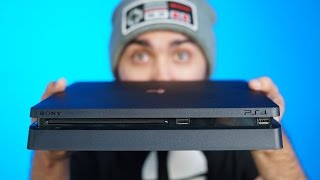 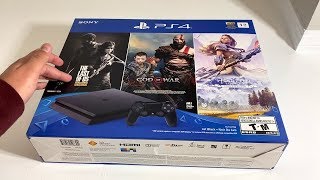 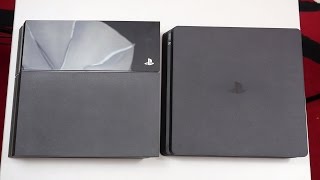 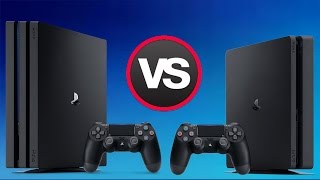 PS4 Pro vs PS4 Slim - All you need to know BEFORE BUYING ! 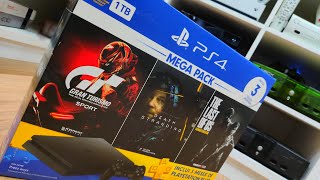 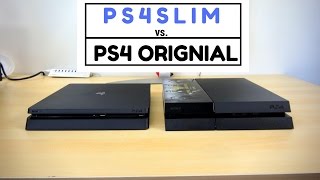