Oppo A52 Price in Pakistan Oppo A52 (4GB,128GB) Dual Sim with Official Warranty at the best price in Pakistan | Online Shopping in Pakistan. Oppo A52 128GB 4GB Dual Sim Stream White at best price in Pakistan with 1 year official warranty and express shipping at your doorstep. Oppo A52 128GB 4GB Dual Sim Twilight Black at best price in Pakistan with 1 year official warranty and express shipping at your doorstep.

Oppo A52 Price in Pakistan

A budget-friendly smartphone, the Oppo A52 serves all the regular features needed to be connected and in touch today. Built with a quad-camera system and a good display that is also large.

Oppo A52 Pros and Cons

The Oppo A52 internals & OS

A neatly designed smartphone from Oppo, with the Qualcomm SM6125 Snapdragon 665 at its centre. This processor has been produced using the 11nm process, a slightly dated model from Qualcomm but is still a powerful processor for this class of smartphones. It is an octa-core processor, with 4 Kyro 260 Gold cores that have a clocking speed of 2.0GHz and 4 cores that are Kyro 260 Silver which clock a speed of 1.8GHz. This is combined with 4GB of RAM providing it with ample tasking power. The storage space is at 128GB and adheres to the UFS 2.1 standard that makes it a higher-performing storage system. Storage can also be extended via a microSD card.

For the OS Oppo has made use of Android 10 for the A52, on top of that they have layered their own user interface or skin, known as ColorOS 7.0. This skin allows users to have more customisation options that simple Android does not have functionality for. Android 10 is a machine learning able system, meaning it can learn the user's patterns and respond faster in reflection to them. This makes the smartphone perform faster after a few weeks of usage.

Based on the LTPS IPS LCD technology the display is a large 6.5 inches. It has a resolution of 1080 x 2400 pixels which brings the pixels per inch to 405. This makes for a clear display. The brightness is a powerful 480nits, which means visibility even in sunlight is good. The display is protected by Corning's Gorilla Glass 5.

For the camera system, the Oppo A52 has a quad-sensor setup on the back. This includes a primary camera at 12MP with an aperture of f/1.8 and a secondary that is at 8MP and is used for ultra-wide shots. The third sensor is a 2MP macro shooter and the fourth sensor is another 2MP one but is designed for depth sensing. Combined with the camera app adds more functions to these sensors such as panorama, HDR and more. In the current class other smartphones do have more powerful sensors.

Connectivity is full other than NFC, the included features are WiFi, Bluetooth, GPS, Radio and a USB port. The port is a Type-C reversible and also has the USB On-The-Go functionality, allowing the smartphone to work as a reader for USB drives.

Sensors on the Oppo A52 include an accelerometer, a compass, a proximity sensor and a side-mounted fingerprint reader. This smartphone also retains the 3.5mm audio jack.

The battery is a powerful 5000mAh one and is based on the Li-Polymer technology. These kinds of cells have a longer overall life and can be fitted into a slimmer form factor, making the phone more slim. With the Fast Charging feature so you can get it recharged quick if you are in a hurry.

The Oppo A52 is a decent smartphone that is available at a budget price, there are no specific features that set it apart in its class. It was launched in Twilight Black and Stream White colours and is a Dual-SIM smartphone. 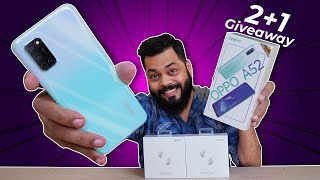 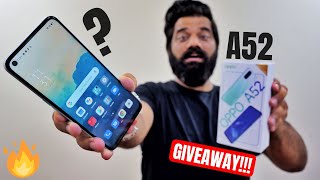 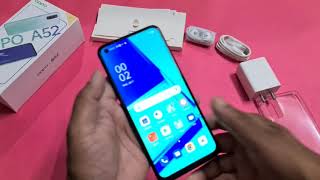 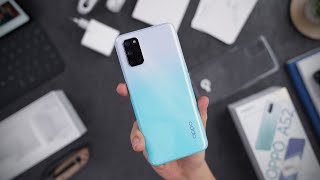 HP OPPO PALING WORTH IT! Unboxing OPPO A52 Indonesia! 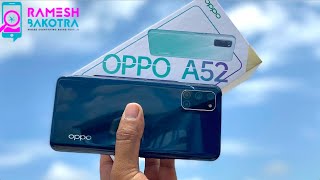 Oppo A52 Unboxing and Full Review 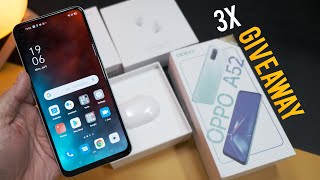 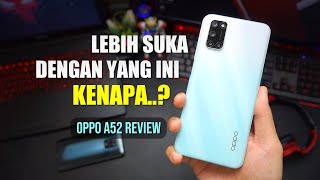 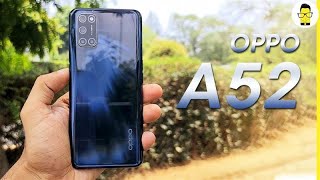 OPPO A52 overview - a compelling mid-ranger for the masses 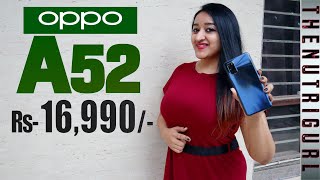 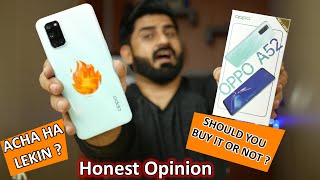 Related to Oppo A52