Another one of the old hit Nokia phones they have revamped, the Nokia 8110 4G. Still retainig it slide keypad cover that functions to answer calls as well. With the biggest upgrade being 4G and WiFi abilities. The usual functions of a phone along with WhatsApp, Twitter, Facebook and the Maps app. This would make for a great second phone or a simpler work phone. Even if one wanted to be connected but not spending too much time on social media.

Retaining some of the retro feel

Nokia remaking some of their old phones is a great way to bring back classics and selecting the 8110 is a good choice, the phone famous for being in The Matrix movie! The slide front cover to answer calls and expose the keypad we all remember. The new version called the Nokia 8110 4G has been majorly upgraded as far as internal specs go even if the design is close to what it originally was, which is actually a better way to do it.

Minus the antenna but still jet black, available in an awesome yellow colour and due to the curved nature has earned it a new name the 'banana phone'. The body is built of polycarbonate and is still IP52 certified which provides drip protection to the unit making it sturdy and somewhat resistant. Also keeping the sliding cover functions of answering calls by sliding it open and ending them by closing the slide which was a thing of the past but was very cool at the time, living on in the current age. The biggest update being internet support for 4G and WiFi. This opens up a basic phone to so much more especially since Nokia has a new OS called KaiOS designed specifically for phones like this one. The new OS and 4G allow it to run a version of one of the most famous apps in the world today, WhatsApp. Users can message and send media easily now but it currently does not support the voice call and notes function. Still, there is so much advantage to having WhatsApp on your phone. The Nokia 8110 4G also comes with lite versions of Google Maps, Google Search, Google Assistant, Twitter and Facebook. A lot of other apps are not available but this phone could be a great break from a hyper-connected world while still having the basic necessary apps needed to stay in touch and so on.

The Nokia 8110 4G runs a Qualcomm MSM8909 Snapdragon 205 chipset which has a dual-core and the clock speed of the processor is 1.1 GHz. Powered by a 1500mAh Li-Ion battery making sure it will last a while even with full usage. The internal storage is 4GB and the RAM is at 512MBs. The screen is still TFT at 2.4 inches with 240 x 320 pixels, not the most hi-tech but the point of this phone is to retain a retro feel with some new additions; it is a combination of a glorious Nokia past and a fusion into the present. The camera is a simple 2MP rear camera only, which also shoots video at 720x480 at 30fps but this isn't a phone you would buy for the camera.

Hanging on to the 3.5mm headphone jack along with a new revamped version of Snake but an added function of Bluetooth connectivity. The Nokia 8110 4G is more a secondary phone if you need something for work, unless you are really into your cool retro gear. 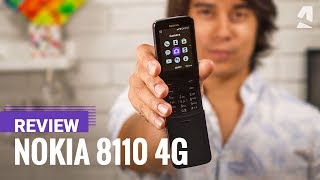 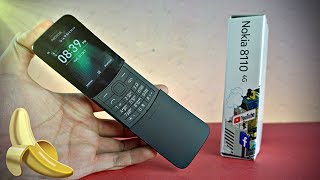 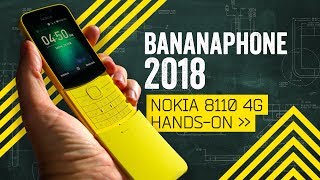 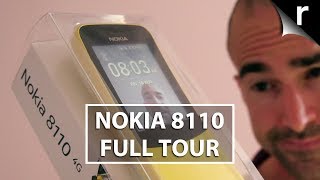 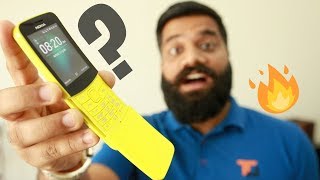 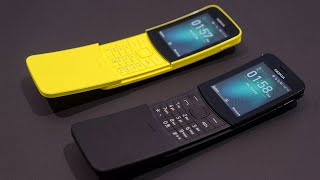 Nokia 8110 hands-on: The Matrix phone is back 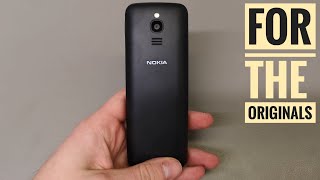 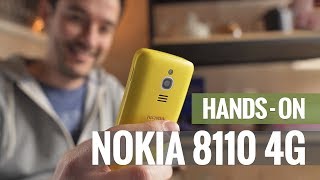 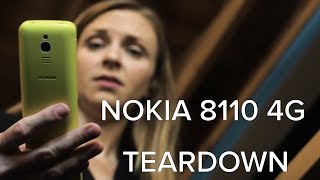 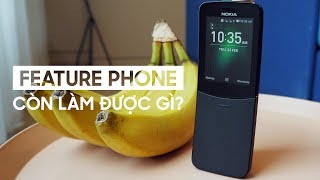