The Motorola Moti E5 is a good phone for beginner smartphone users has a low-budget price point and all the essential features to handle daily processing tasks. The mega battery will be able to provide over a days worth of power when using low-intensity applications.

Front Camera has a LED flash

Has a slight lag when processing applications

Does not have water-resistant nano-coating

The Moto E5 has the flagship screen measuring at 5.7 inches with a disappointing HD resolution that could have been more than 720 x 1440 pixels with other smartphones in the same price range offering Full HD at 1080p. But the 18:9 aspect ratio does make up for it as it will feel cinematic when watching your favourite Youtube and Netflix videos.

The Moto E5 might be a budget-phone but it packed a strong 13-megapixel main camera at the back that works best in natural light settings. A plus point of the rear camera is that it has phase-detection that will autofocus objects along with an inbuilt video stabilisation improving video quality. The video recording capability of the Moto E5 is Full HD at 1920 x 1080 pixels which are 4K.

The 5-megapixel camera on the front will feel choppy as compared to other smartphones with much higher sensors with 4K selfies. It does, however, have a front-facing LED Flash that will help in capturing bright selfies in low light settings. The camera application has features including Best Shot, Burst Shot, HDR, Manual Mode, Panorama, QR code/Barcode scanning and Slow-motion mode. All these shooting modes will make using the E5 camera setup fun and satisfying.

The Moto E5 has a Qualcomm MSM8917 Snapdragon 425 which might feel dated when compared to the latest Snapdragon models but will not disappoint heavy users. It can run a Quad-core processor at clockspeed of 1.4 GHz made from Cortex-A53 CPU. The main processor has a dedicated Adreno 308 GPU that will be able to handle some HD games from Google Play Store.

Users will be able to perform daily tasks and multitask easily on an E5. It can handle heavy web browsing, downloads and data transfer easily. The video streaming capabilities are strong and it can provide intensive gameplay under the right settings. The glitch-free multitasking will ensure users do not suffer any unwanted freezing or restarting their phones losing important data. The 2 GB of RAM sounds limiting only is the down is burdened with bloatware and less memory.

Motorola Moto E5 has 32 GB of internal memory that will feel limited after a few months which is why the added feature of expanding the memory is essential to keep the phone running smoothly for a long time. The internal memory can be expanded to up to 256 GB by adding an SD card compatible with the SIM 2 slot in the phone. The other iteration has a built-in memory of only 16GB that can be expanded up to 128GB.

The Android v8.0 Oreo is preinstalled into the Moto E5 that is a dated operating system when compared to Android 9 Pie. The Moto Action suite has gesture-based phone controls that help to personalise the functionality and navigation of the phone according to your own personal daily needs accessing applications.

It has a large 4000 mAh battery that will be able to last for several hours providing uninterrupted battery life to users.

Along with Wifi and Bluetooth, it has an accelerometer, compass, proximity, and most importantly a fingerprint sensor that makes the phone secure and efficient while unlocking. The E5 is compatible with LTE making it easy to access fast speed internet everywhere. It also has a strong front-firing speaker that makes sharing video and music easy with a large group. . 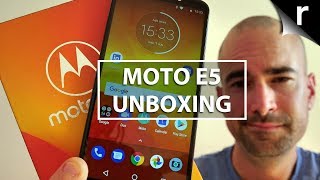 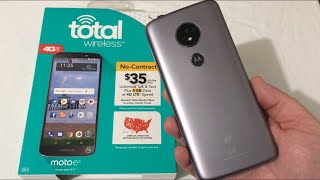 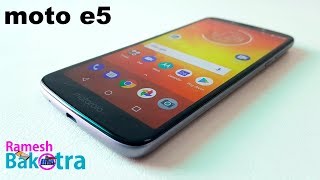 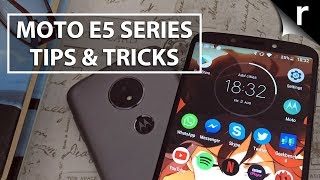 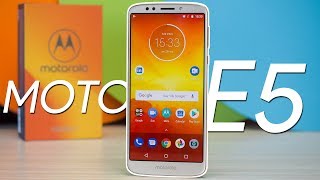 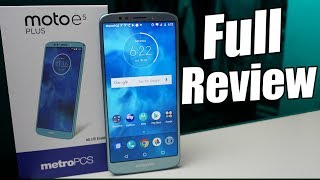 Moto E5 Plus Full Review: Is It Worth It? 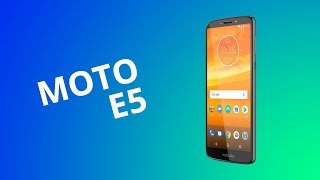 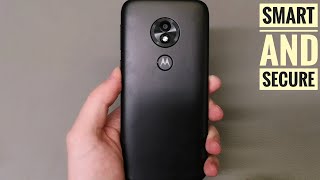 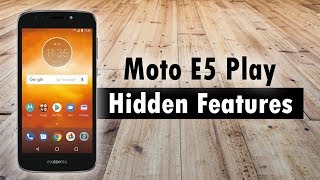 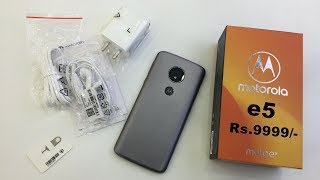