A smaller tablet from Microsoft, the Surface Go is ideal for people who need something on the go that is very compact but can handle work tasks. The power-packed into it makes it able to take on a serious amount of work, also making it a versatile device. The Microsoft Surface Go is from a lower price range compared to the rest of the Surface family, mainly due to its smaller size. But don't let the size fool you, it is about as close as one gets to a laptop within the tablet pool.

Screen could be sharper

The first major step by Microsoft to develop hardware that is using its world-known OS. The devices are produced by original equipment manufacturers, including the Taiwanese foundry called Pegatron. Designed with a modern understanding and include features such as touch screens. A few of the range have the ability to function like laptops as well. This versatility makes the Surface series quite useful in varied applications.

The Surface Go was released in August 2018 and the device's design is different from the usual sharp edges seen before. Its corners are rounded setting it apart from the rest of the Surface family. The Type Cover from Microsoft has to be bought separately as well as the Surface Pen. This is one of the drawbacks associated with the Surface 2-in-1 devices. The internal components include the Intel Pentium Gold Processor 4415Y and an Intel HD Graphics 615, between these, there is ample power to run most tasks. The RAM is either 4GB or 8GB and the storage space has three options. With the basic at 64GB based on the eMMC memory type, this works better for smaller sized files and of course, this amount of storage would run out fast today. The other two options are 128GB and 256GB, these are solid-state drives (SSDs) with NVMe communication that was designed specifically for these kinds of drives. These latter two options perform a lot faster than most other drives available today, let alone the eMMC option.

Features on the Surface Go

The display on the Microsoft Surface Go is at 1,800x1,200pixels. With their proprietary touch technology called PixelSense incorporated into it. The size of the display comes to 10 inches, making it a smaller device. The sides have enough bezel to hold comfortably without triggering anything by touching the screen accidentally. This area is also where the speakers are embedded and provide a decent frequency response for their size.

The Type Cover is also more compact and has an 8-pin connection compared to the standard 6-pin Microsoft had been using before. Shipping with Windows 10 in S-Mode, which is relevant to 2-in-1s. The device also supports facial recognition to unlock via Windows Home, a feature Windows brought to their tablet before Apple. The front camera is a 5MP and the rear camera is 8MP, both shoot 1080p making this a good device for quality video calls. Surface Go comes with a headphone jack, a USB-C port, and a microSD card slot. For connectivity, the device is able to connect to WiFi, has Bluetooth and optional LTE that allows for a SIM to be inserted.

All in all a great machine in a small size, especially if you want a tablet that is closer to being a computer. The portability beats a laptop and the computer like abilities beat the iPad. The Microsoft Surface Go is a relatively expensive piece of technology, but the smaller size saves on some of the cost making it more accessible. 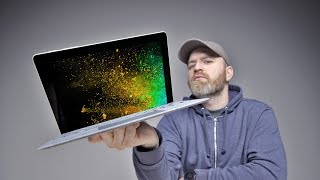 Is The Surface Go A Real Computer? 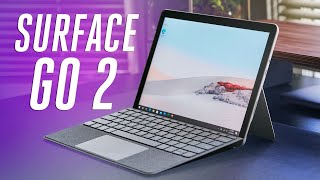 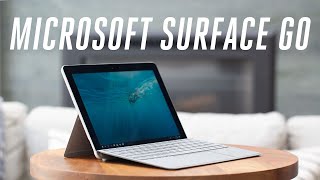 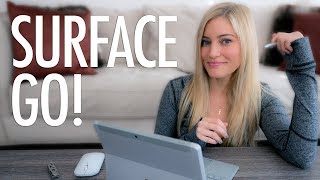 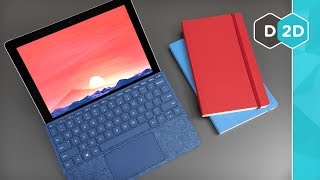 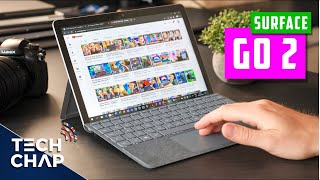 Microsoft Surface Go 2 REVIEW - Should You Buy It? | The Tech Chap 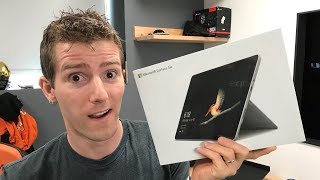 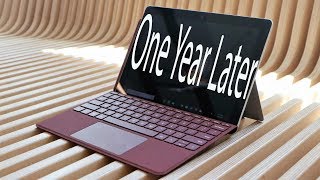 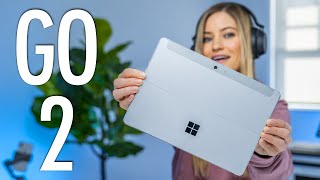