Muslims worldwide believe in the spiritual healing powers of reciting verses from the Quran. They have reverence and love for the Quran that has made the Loh-e-Qurani a part of the walls of the Muslim homes. Loh-e-Qurani contains 14 words which are at the beginning of the Surahs, they find mention in 29 Surahs, these are used as the foundation of creating calligraphy and Islamic art used as wallpaper, posters, wall hangings and 3D art made of wood and steel stencils. The Loh-E-Qurani recitation is encouraged as it is thought to bring peace and prosperity.

They are called Huroof-e-Muqattaah, considered to be abbreviated letters that are at the beginning of some of the Quranic Surahs. Called rumooz in Arabic they are translated as code words or phrases that only Allah knows the true meaning of and are outside the knowledge of human beings. It is discouraged to guess or pursue their meanings as this is not their purpose. What is encouraged is the repeated recitation of these letters to earn a reward and blessings from God. They are not supposed to be held without ablution as that would be disrespect.

To celebrate the word of Allah and to create beautiful artworks in his name has become a wonderful way to express the love for Islam by Muslim artists. The calligraphy tradition has been around for thousands of years and is very difficult to master. These Lohe Qurani works are carefully crated to ensure that the text is accurate and depicted with utmost responsibility. The passionate believer will want to surround him or herself with these words to remind them of their love for Allah and feel protected by reciting them daily. The positive impact of having Lohe Qurani depends on the interest and value attached to them. These pieces are also for those who would like to have Arabic text instead of figure or portraits hanging in their home. They are a great way to personalise the home as a Muslim and avoid the stress about hanging art that is not Islamic. 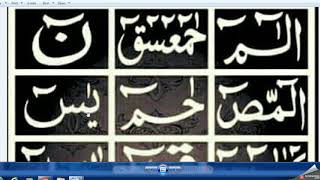 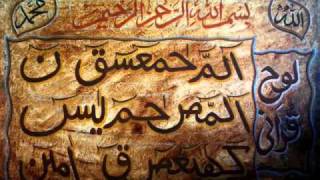 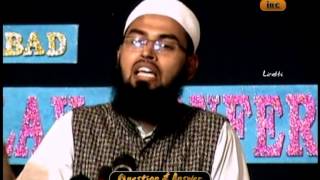 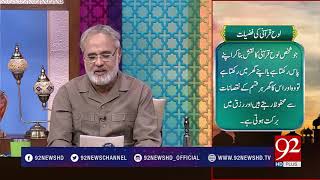 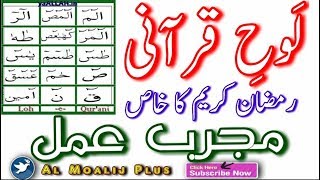 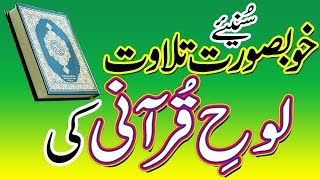