Telemart offers you the best Infinix Note 7 Lite (4GB, 128GB) Dual Sim price in Pakistan! What are you waiting for? Start carting and shopping only at Telemart.pk Another budget-friendly smartphone from Infinix, the Note 7 has all the necessary features to stay connected to the digital sphere today. This would be a good buy for content creators who need something which has ample shooting and picture capturing abilities.

Incorporating the MediaTek Helio G70, an octa-core processor built on the 12nm process. The GPU is a Mali-G52 2EEMC2. These are combined with 4GB of RAM and 128GB of storage. The storage can be extended via a microSD card, adding up to 2TB more; a staggering amount of space for a smartphone but useful for content creators.

The OS is Google's Android 10, this has machine learning abilities so it picks up the user's patterns and then becomes faster in reflection to them. Inifinix has their own skin layer on top as the user interface, this is known as XOS 6.0. This added layer gives one more customisation options that the simple Andoird OS does not, making it a lot more user friendly such as the Dark Mode and Focus Mode. Dark Mode is a lot easier on the eyes as it isn't a blaring white everything. Focus Mode allows one to avoid being bothered by their smartphone for a while.

The Infinix Note 7 comes with a large screen that is 6.95 inches and has a resolution of 720 x 1640 pixels. This pixel count brings the pixels per inch to 258. This display is based on the IPS LCD technology and has Corning Gorilla Glass to protect it from bumps and drops.

This smartphone features Wi-Fi, Bluetooth 5.0, GPS with A-GPS, Radio and a MicroUSB port. The sensor range includes an accelerometer, a compass, a proximity sensor and a fingerprint reader that is mounted on the side. It also retains the 3.5mm audio jack.

All the features are powered by a large-sized battery that has a capacity of 5000mAh. It is made from the Li-Polymer technology meaning it has a longer overall lifespan and can be packed into a slimmer form. This latter feature helps the smartphone slim too. The battery is fast charging enabled.

The Infinix Note 7 is available for a lower mid-range price and has ample features to justify the price. 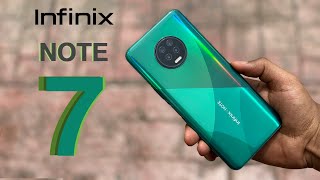 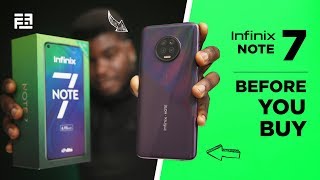 Infinix Note 7 Unboxing & Review After 2 Weeks of Use! 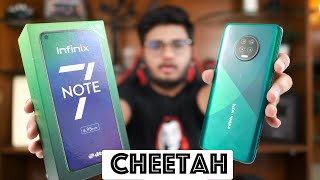 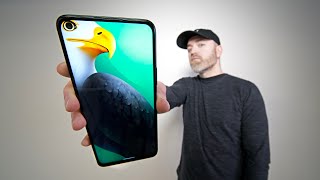 This New Smartphone Just Launched. The Price Will Surprise You. 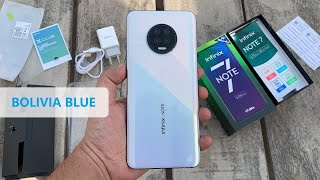 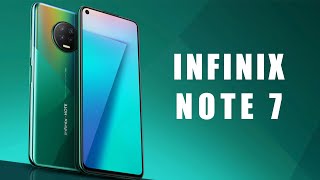 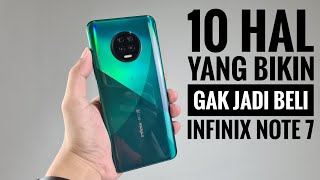 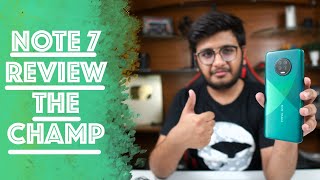 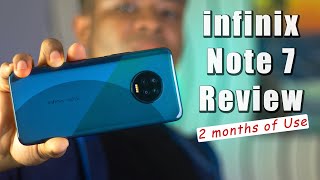 Infinix Note 7 Review After 2 Months of Use: Best $200 Smartphone? 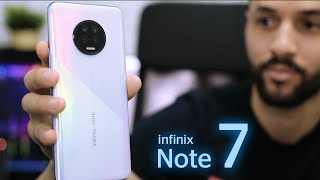