A lower end price smartphone from Infinix, the Hot 9 has all the relevant features to connect to the digital sphere today. Surprisingly it has a quad-camera set up within such a price.

Another budget-friendly smartphone from Infinix. With that in mind, some of the components are built using older methods, such as the processor. It the MediaTek Helio A25 which was made using the 12nm process, in comparison the top-end smartphones are at 7nm today. It is an octa-core that clocks a speed of 1.8GHz. Coming with 4GB of RAM and 128GB of storage that can be expanded using a microSD card. This allows for 256GB more in the dedicated slot.

The OS is Google's Android 10 with a user interface or skin layer on top known as XOS 6.0.

Even at this price, the brand has been able to set up this smartphone with a quad-camera system for the rear. The main camera is at 16MP and shoots a tad wide, the secondary is for macro and is 2MP and the third is also a 2MP camera that functions as a depth sensor. The final is  QVGA which is there for low light conditions. The selfie camera is at 8MP.

The results of these cameras can be seen on the display which is 6.6 inches and has a resolution of 720 x 1600 pixels.

The Infinix Hot 9 is packed with an accelerometer, a compass and a proximity sensor. It also has the ability to read fingerprints, with a sensor for that on the rear. It can even unlock using the face unlock feature. For connectivity, the phone includes WiFi, Bluetooth, GPS, DualSIM, Radio and a microUSB port. This port also has functionality for USB On-The-Go.

With a powerful battery to handle all of the power needs, it is packed with a Li-Polymer cell of 5000mAh.

The Infinix Hot 9 is a very budget-friendly smartphone that can be afforded by a large base of people. This is the design idea behind the Infinix brand. It was launched in Matte Black, Cyan, Violet, Light Blue and has a polycarbonate body. This makes the shell tough. 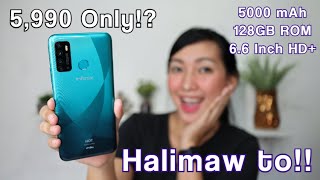 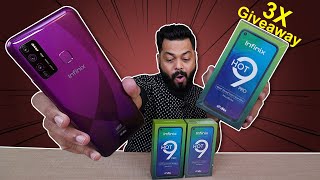 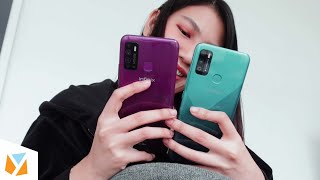 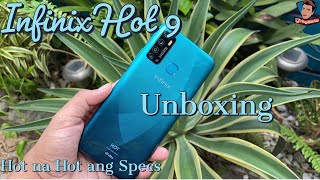 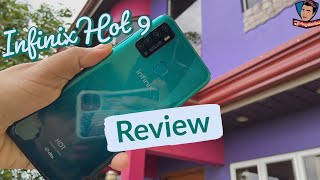 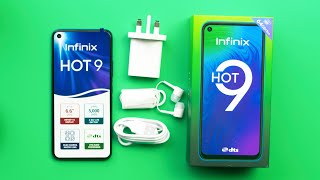 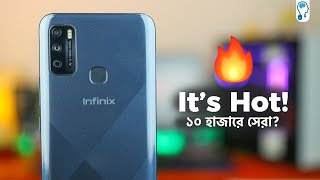 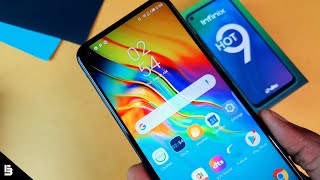 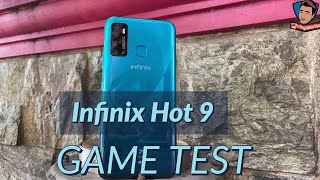 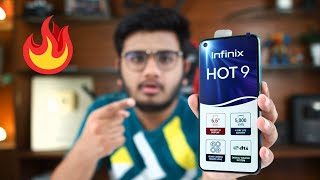