Huawei Y7p Fantastic Colourful DesignDrawing inspiration from unpredictable light and combined with a nano-texture technology, the HUAWEI Y7p shows a stunning 2.5D effect with the light refraction on the back, just like a colourful...

A lower mid-range smartphone from Huawei, it has all the needed features to be connected today. The main camera on the Y7p is at 48MP which allows it to shoot some images quite well. Overall this smartphone is not the best development by Huawei.

Starting as a communications network hardware producer Huawei moved into the phone market, it is one of the top 3 producers of smartphones in the world. In the communications network sector as well Huawei is one of the main players, currently working with 45 of the 50 top telcos. The brand is not just imitating others, they have an R&D department that employes a massive part of their workforce. Huawei has 21 R&D institutes around the world. For the smartphone market, they have been producing quality phones at a low cost, beating a lot of other brands at it too. Their flagship phones are at par with the best phones in the world.

The Huawei Y7p internals and OS

For the processing, Huawei has made use of the Hisilicon Kirin 710F, which is their own. It is produced using the 12nm process, an older process but given this smartphone is closer to mid-level that makes sense. It is an octa-core processor that clocks a speed of 1.7GHz. The graphics are handled by the Mali-G51 MP4. The Y7p is built with 64GB of space and the RAM is at 4GB. One of the SIM slots can be used to extend the space as well, it is compatible with a microSD card.

Huawei has used Google's Android 9 Pie for the base layer of the OS. It is a machine learning able OS that can pick up the users patterns and make itself more efficient in reflection to those patterns. The layer on top is Huawei's own EMUI 9.1, this gives one some extra customisation options.

The display is at 6.39 inches and comes with a resolution of 720 x 1560 pixels. This brings the pixels per inch to 269. The display is ample enough to handle most of the user's needs.

The Y7p is fixed with a triple camera system for the main module. The primary is a 48MP camera that shoots wide, with the secondary at 8MP which shoots ultra-wide. The third camera is a depth sensor at 2MP. These three combined with the camera app give one many variations in their photography. For selfies this smartphone has an 8MP camera, this also shoots slightly wide shots. Video can be shot at 1080p on this phone.

Huawei has built-in an accelerometer, a compass and a proximity sensor. For security, there is the fingerprint reader which is mounted onto the rear. The connectivity options include WiFi, Bluetooth, GPS, Radio and a microUSB for porting. It also retains the 3.5mm audio jack.

The battery cell is at 4000mAh and is based on the Li-Polymer technology. These cells have a longer overall life and also can be packed into a slimmer form factor.

This smartphone is available at a lower mid-range price point and has two colour variants, Aurora Blue and Midnight Black. 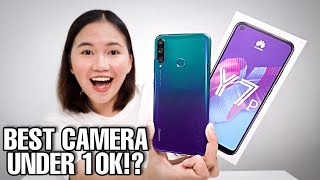 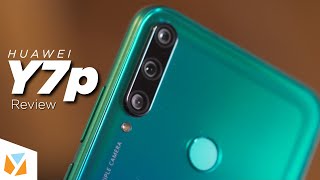 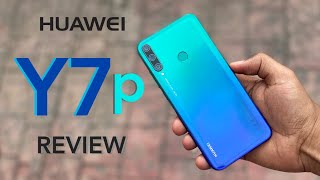 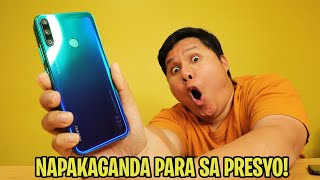 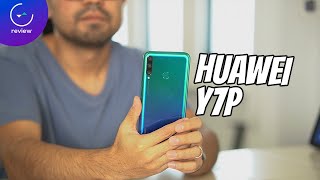 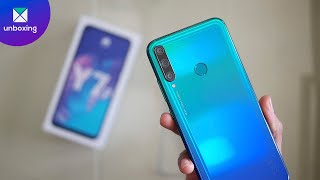 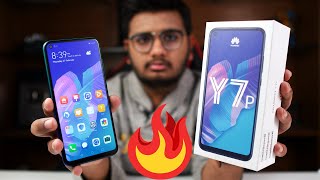 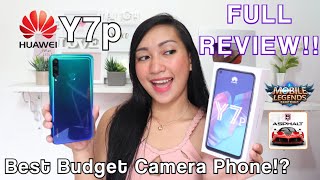 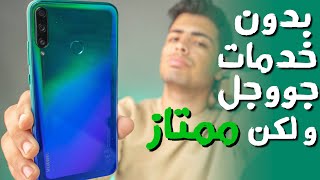