A gaming laptop worth having, from HP but a continuation of the Voodoo line. Still retaining the tribal logo on all the Omen series. The HP Omen 15 2019 is a feature-packed laptop with enough power for most games today. Coming in at a mid-price point the HP Omen 15 has everything you would need to handle a competitive digital environment.

Not enough for 4K games

Gaming laptops can easily look a little over the top as the design has a lot more going but the HP Omen 15 2019 has struck a good balance, with just a hint of red on the black body. The Omen series red logo looking well placed and with fine lines around it. Making the laptop look edgy and premium despite being a mid-range gaming laptop.

With a slim bezel look the screen is relevant with current design standards making it look up to date and at 15.6 inches with a resolution of 1920x1080p, it is an FHD crisp visual interface for you to enjoy your graphics on. The large fan vents keep the HP Omen 15 well ventilated so your machine doesn't overheat while maxing out, but the fans do add a bit of chunk to the laptop. There’s space for three USBs so you can connect all your gaming gear, separate microphone and headphone ports just in case you want a quality mic instead of one integrated into your headset, a USB-C offering for power-ups and an Ethernet socket so you can plug it straight into your router and avoid suffering painful lag. The latter is actually situated on the laptop’s rear, along with the HDMI and DisplayPort which are handy for connecting to an external monitor or TV. The placement seems odd at first but makes sense when you don't have a load of cables coming out the sides and your space doesn't look like a spaghetti station.

To make your experience powered up without any lags the HP Omen 15 is running a Core i7 9th Generation clocking 2.60GHZ and Max Turbo Frequency at 4.50GHZ, alongside an NVIDIA GeForce GTX 1650 with its own RAM at 4GB. The CPU is being powered by 16GB of DDR4 RAM so it has more than enough bristle to handle your performance requirements. Windows is preinstalled with the 64-bit version of Windows 10. Again another element to streamlining your machine as this was based on the legendary Windows XP, which was lighter and faster than anything before and led to Windows7 as well. The keyboard on the HP Omen 15 is a backlit one with Chroma lighting and a satisfying audible but not too loud click when you press the keys. With Anti-Ghosting tech which enables simultaneous key presses so you won't have to worry about one of your taps being undetected in the middle of a frantic gaming session. The built-in trackpad mouse isn't as great though but then for heavier work, it is always so much more efficient to use an external mouse as they are way more tactical.

Nvidia’s G-Sync technology also features on the HP Omen 15 which syncs up the monitor’s refresh rate with the game’s frame rates. This is there to prevent screen tearing or distorted video although the screens own refresh rate at 144Ghz is a lot faster, but the power of the system isn't enough to make full use of that. Still, G-Sync is a really useful feature and is really rare to find in a laptop at this price. The battery life isn't too great as with most high powered laptops, it has an average range of about 3 hours also depending on whether you have the Chroma lights on or not. So you will probably want to stick close to a socket while doing important work.

In the price range that the HP Omen 15 sits, it is still a good buy with most things punching over its limit. Some of the mentioned specs may vary depending on what market the machine was produced for! 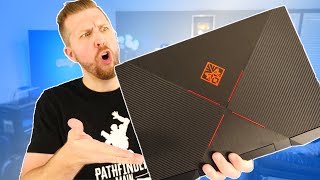 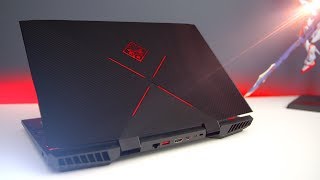 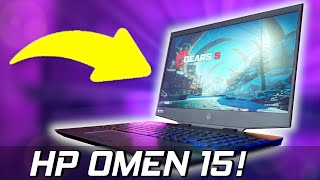 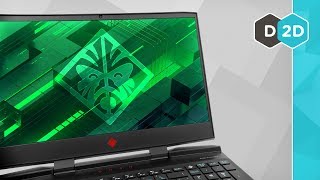 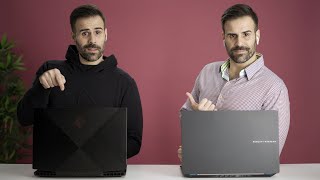 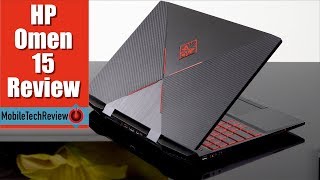 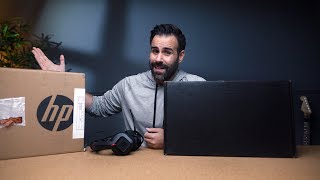 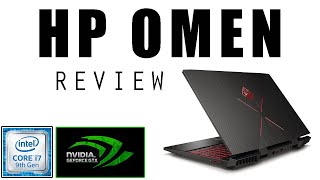 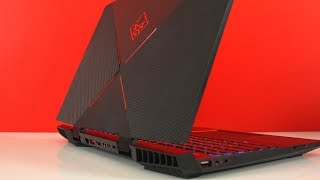 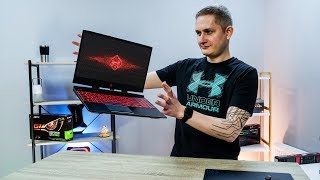