Another Android-based budget-friendly phone, the Honor 7X has all the needed features to be connected in the internet age. Packed with cameras, sensors and multiple options for connectivity.

A brand owned by Huawei as part of the Huawei Consumer Business Group's dual-brand strategy. Designed for a younger generation, with more colours and style. Selling Honor phones mostly from an online platform and working with a select number of vendors on the ground.

The Honor 7X internals and OS

Built with a HiSilicon Kirin 659 (16 nm), which is an octa-core chip. The onboard storage space is at 32GB, along with a 3GB RAM chip. A microSD card can be used to expand the space, adding on 256GB more. The added-on amount takes care of one's space needs. The Honor 7X also incorporates a graphics processor, the Mali-T830 MP2. The phone runs an older version of the Android OS family; coming with Android 7 Nougat. This can be updated to version 8, but neither of these has machine learning abilities. Android 9 Pie and onwards have that functionality. A skin layer of the Huawei EMUI 5.1 is what the user interacts with.

With a display at 5.9 inches and a full HD resolution of 1080 x 2160p. The pixel density comes to 407ppi, making for a crisp and clear visual interface. The panel is based on the IPS LED technology and has the ability to handle multitouch. Protected by Corning's Gorilla Glass, making sure the Honor 7X can handle some serious bumps and not crack its screen.

For the camera systems, the main camera module houses a dual-lens setup. The primary is a 16MP lens, with a 2MP lens that functions as a depth sensor. The selfie camera has an 8MP lens. The app has multiple features including HDR, pano, geo-tagging and face detection. Both sides have the ability to shoot video at 1080p; at a frame rate of 30 frames per second. The rear also has an LED flash for extreme low light situations.

The connectivity gamut is complete o the Honor 7X, providing all the needed options to stay at pace with the digital world. With WiFi, Bluetooth, GPS and radio. The porting is via a microUSB 2.0, this works for the charging and also for transfer of files. The sensors aiding one's apps and user interaction include a proximity sensor, an accelerometer and a compass. For security, there is also a fingerprint reader mounted on the back. Packed with a 3340mAh capacity Li-Ion cell, making for ample battery power for a day.

The Honor 7X is a nominally priced phone that makes it easier for more people to access the new age of smartphone technologies. Keeping one connected and up to date on the daily. Also, retaining the audio jack that has much debate around it; fast becoming a legacy port as we are entering a truly wireless era. 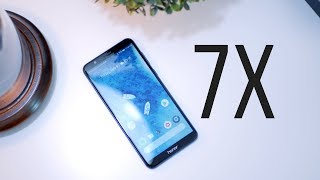 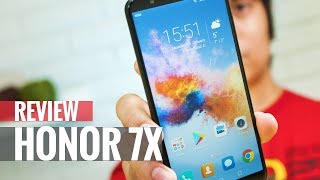 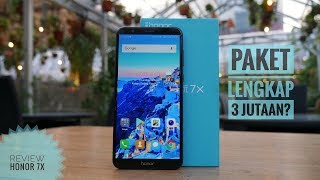 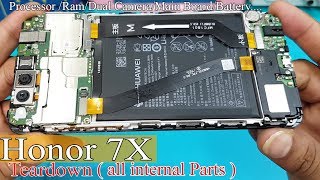 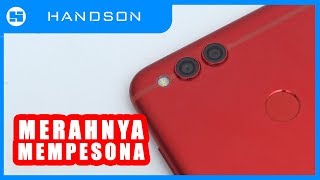 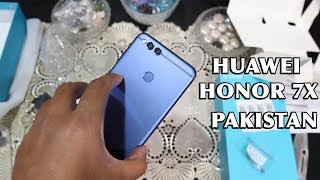 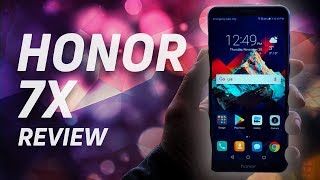 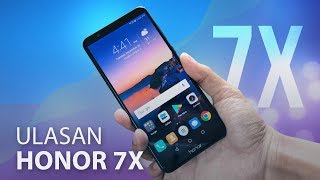 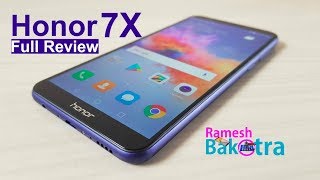 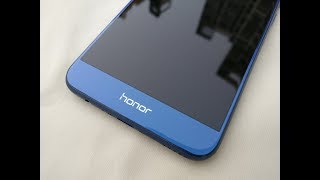