Echolink receivers are popularly used in RV mobile homes in the west but in Pakistan, they can be installed easily in homes and shops as an easy-to-use receiver of satellite transmission signals of international TV channels. The compact modern lightweight design of Echolink receivers make them easy to store anywhere around the house or the RV mobile home.

Can play videos from USB and smartphones

Can be used in remote areas of Pakistan

Original brands are expensive as compared to Chinese versions

Chinese knock-offs might not be able to achieve high-quality resolution or have built-in features.

User can access several applications through the user interface for enhanced tv watching. Popular models include ECHOLINK 99996 and i8000 available online in Pakistan. The dish receiver is a multipurpose device that is compatible with multiple third-party devices. With thousands of TV channels at your fingertips, the dish receiver will bring the world to your home in an instant.

There are two kinds of dish receivers, one is installed as an external set-top box he other is a built-in component for your TV tuner system. The Echolink brand only manufactures the separately bought receiver box also called satellite receiver. There are foreign imported devices that either come from places like the USA or Europe that are considered high end and expensive as compared to the Chinese version of the same dish receiver device.

The satellite receivers available on Shopsy are categorised into the following qualities starting with the Standard Receivers that have the essential EPG Feature (Electronic Program Guide) that makes it easy to navigate the TV Channels, be able to personalise TV watching by knowing all the relevant information pertaining to each channel and program. There are Parental controls that provide locks on mature content for children. There is a Recall feature that helps viewers surf back and forth between channels without wasting any time or effort in relocating the previous channel.

The other kind of dish receiver available is called DVR Receiver that is a digital video recorder which will enhance TV watching by making it personal and helping you build a library of personal favourites. Similar to video on demand facilities provided through subscription with Netflix or broadband companies. The key features of DVR Receivers are that viewer can pause and play or be able to rewind any show being broadcasted live on their TV. The viewer will be able to save shows in order to watch them at a later time when it is convenient for them. Live programs can be recorded effortlessly without worrying about any ugly tearing of sound as these receivers use Dolby Audio that is considered the best sound system.

The 1080p display resolution is available on smartphones and computers, viewers want their dish receiver to be of the same quality. For this, the HDTV Receivers provide High Definition image quality on your TV. These are considered much better than standard base model receivers and will give an immersive satisfying cinematic viewing experience when watching TV shows and movies.

It simply uses a single HD USB cord and can be used minutes after removing it from the box. It has a built-in power management control system that ensures energy-efficient operation. The receiver can record up to 100 hours of HD programming directly from the transmission with an AV-optimized playback setting on your TV.  They support C Line setup making them compatible with third-party mobile devices.

There are added features such as the password locking system, customizable display settings to desired contrast and brightness of the signal transmission. The frequent software updates are available to upgrade the user interface. There is a cooling system built into the receiver that has a fan that keeps the receiver running at optimum temperature without any risk of heat damage.

At the time of installation, the initial setup instructions must be carefully followed in order to program and tune the signal. There is a Wi-Fi USB Adapter that can easily connect to a wireless network to directly stream videos and other web application including Netflix and Game Finder. Connectivity features also include Bluetooth USB Adapter through which users can connect wireless headphones.

Dish receivers can connect with mobile smartphones through an OTG cable and HD cable combination. By simply downloading the USB camera software from the Play Store users can easily playback videos from their mobiles. The Easycap is an audio and video capturing device needed to directly play transmission from your smartphone. The RCA cable connected to the Easycap will carry audio and video signals into your TV from the dish receiver. Once you plug the RCA cable into the TV it can start recording the audio and video data. 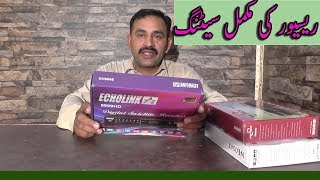 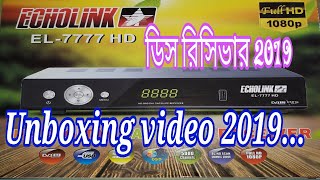 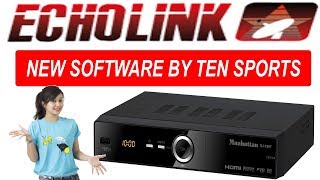 Echolink Tricks : How to Connect Internet to ECHOLINK/GETMECOM Receiver. 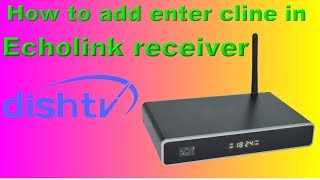 how to add cline in Echolink receiver