DJI the leading brand of commercially available drones in Pakistan. It has a variety of models online and is continuously upgrading with interesting new features. The DJI Mavic Pro is faster with stable reliable navigational control as compared to the DJI Spark.

Connect to a smartphone to control

Easy to set up

Plenty of flight modes to choose from

The main feature separating the two drones is the 3-axis all-mechanical gimbal that enhances the photography and video capturing capabilities adding sharpness and clarity at high speeds. The main camera has a 1/2.3-inch CMOS sensor with an equivalent 28mm lens with f/2.8 aperture that captures 12-megapixel still photographs. It can playback video at 4K at 30 fps and a 100 MBPS bitrate or commonly understood as 1080p resolution.

The DJI Mavic has a sophisticated gesture control feature that will seamlessly allow users to capture objects while shooting any landscape. Visuals will look hyper-realistic with intricate definition, the visuals captured through this feature have a unique perspective impossible to ever see with the naked eye.

The gesture keys are intuitive and ergonomically designed to ensure the user feels comfortable and at ease driving the quadcopter in any space. These gesture keys will enable users to use a simple 'v' sign with your their hand to trigger the capture action or using the director's hands coming together gesture using the opposite index finger and thumb touching to create a viewfinder will trigger the start recording button.

The LED lights indicators have various actions, they blink to show that the drone has received the command and has started recording.

An 8GB internal storage can give users uninterrupted shooting capabilities without worrying about carrying an additional memory card. For high-quality resolution, a large memory card will be needed, especially when shooting at 4K 30 fps video even two minutes of capturing will take 1.5 GB of space. The DJI Mavic Pro will give users 120 fps when using the slow-motion feature.

'Boomerang' video mode will capture interesting shots that are reversed for added effect. The 'Asteroid' mode will take a spherical image from a birds-eye view then zooms and twists onto the ground level creating an anti-gravity effect.

The panorama feature is not limited to horizontal but can also be adjusted to capture vertically. There are 180 degrees angles or a full sphere creating dynamic and interesting visuals covering a large expanse of space. The DJI Mavic Pro will take a series of continuous photographs and automatically stitches them together to create one larger image.

Some of the standard modes similar to DSLR cameras are the HDR settings or AEB which takes multiple varied exposure shots to be processed later.

There is a sports mode for fast-moving scenes that can achieve a max speed of 42mph. Users will be able to capture football matches, marathons and other sports with ease.

The 'Timed Shot' feature is for timelapse videos, users can shoot precisely how many photographs and what interval speeds they would like to set their timelapse. The subject tracking can follow 2 subjects walking in the same direction creating a frame and composition of people running together or cycling during the video.

The DJI series has sensitive camera lenses with sophisticated sensors that can detect, navigate and avoid obstacles during flight. All sides of the drone including the front, back and bottom surfaces areas are protected from collisions or accidents. But for the sideways flying directions, the pilot will need to manually guide the drone to avoid collisions with objects.

Fast speeds and action can result in a serious collision with subject interference. Pilots must be careful flying the drone around people as hitting someone can easily happen at fast-moving speeds.

Air resistance and other weather conditions can affect the overall flight time of the drone but it can manage 21 minutes at a fixed 15.5mph depending on the power supply.

The range to keep in mind if you are on a tablet or smartphone is approximately 50 meters height and 80 meters distance but with the remote attached this goes up to 4km in line of sight which is a huge difference.

A choppy signal may be the result of interference with any other signals close by or electromagnetic fields. It is recommended that users ensure the scene they are capturing has little third part signal interference.

There are laws and permits sanctioned by the local government that allows drone photography and videography in certain areas. It is important to contact the local authorities to make sure you are allowed to fly drones in Pakistan.

The DJI Mavic Pro is comparatively noisy compared to the more expensive models that have propellers that create lesser sound, so you'll hear the Mavic Pro before you see it if it headed for you. 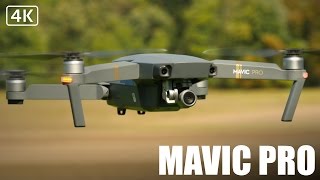 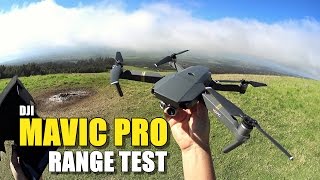 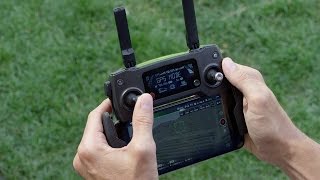 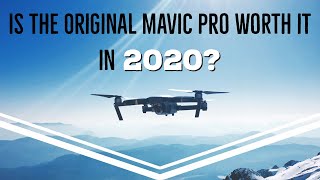 Is the original Mavic Pro worth buying in 2020?

DJI Mavic Pro Range Test - How far will it go? 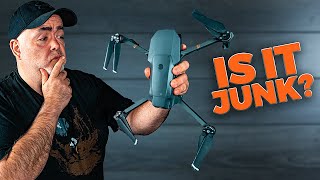 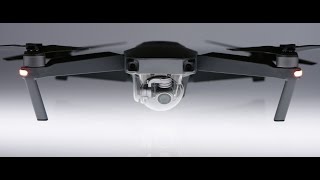 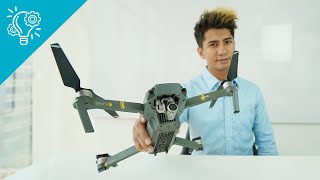