One of the most flavourful options to cook in, desi ghee has a specific flavour profile. Generally, a costly food item but considered to be a lot better for the health in comparison to the other oils used commonly.

In Pakistan ghee is churned from butter, which is in turn made from cow milk. Considered a very healthy food item, the flavour is distinct. The texture, colour and taste depend on the quality of milk sourced and how long it was boiled for.

Food made with desi ghee digests easier, some people also east just a spoon separately to help digestion. It is also ideal for deep frying as the smoke point is higher than common vegetable oils, by a substantial margin. The smoke point is where the molecules of oil start breaking down. Desi ghee smokes at 250 degrees Celcius versus vegetable oil which smokes at 200 degrees Celcius. The culinary uses include savoury and sweet foods too. Cooking food with it makes the food have a richer flavour profile. Due to the cost, some people use it just for the 'tarka' once the food is prepared. People also spread some on naan and roti to add flavour to their meal.

Desi ghee is known as clarified butter in the West. The process is similar, with an extra step that makes desi ghee more flavourful. This is at the butter stage of the process; the butter is simmered causing that nutty aroma that ghee contains. The word desi implies it is made in the countryside, which is not always the case today.

Aside from the uses in the culinary world, it is also used by hakeems as part of their organic medicines.

In comparison to vegetable oils, desi ghee is more expensive. In the food world, it is a luxury item. The prices vary from brand to brand. It is hard to discern the quality usually, especially without sampling it. 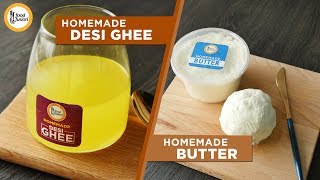 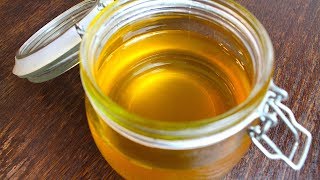 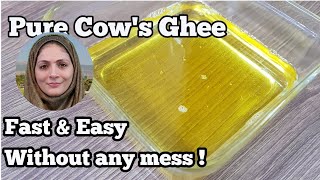 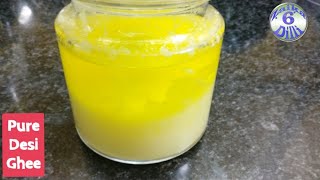 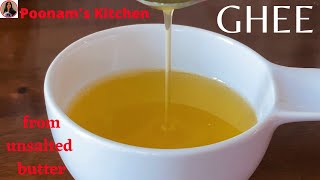 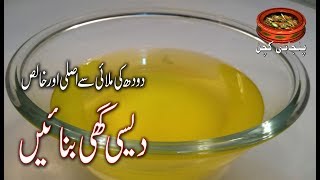 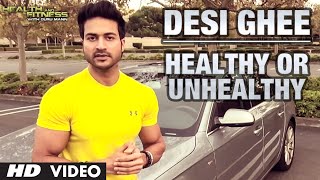 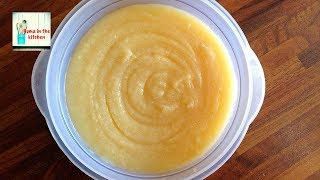 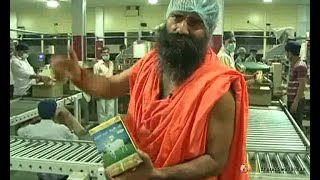