A vinegar made from apple juice. The juice is initially fermented, a process by which the sugars turn into alcohol and then a second fermentation process is initiated. At this stage, acetic-acid forming bacteria are introduced. Acetic acid and malic acid are what give vinegar its strong flavour.

Western medicine does not show results for the health benefits but in traditional medicine, apple cider vinegar has been used for thousands of years. It can be topically applied or drunk in small doses daily. A lot of people do the latter as a form of supplementation in their diet. The benefits in traditional medicine include reduction of acid reflux, fighting yeast infections, helps with weight loss, helps with type 2 diabetes and reduces bad cholesterols. Apple cider vinegar also helps support the immune system, promotes digestion by managing the internal pH and soothes dry throats.

Possible side effects and interactions

If one is allergic to apples, apple cider vinegar would be dangerous. It is also known to react with some medicines such as insulin, digoxin and certain diuretics. If one is consuming any medicines they should check before consuming the vinegar alongside.

Large quantities have been known to upset the body's potassium levels, erode tooth enamel and cause digestive issues.

With a long shelf life and the lack of need to be refrigerated, apple cider vinegar is easy to store. Also meaning one can have access to it easier. It is said to be rich in enzymes and potassium. It is common to find it in a distilled form or unfiltered and unpasteurized, which is cloudy to look at.

Apple cider vinegar is available for mid-range prices, with some brands that have higher price points. 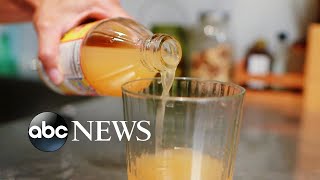 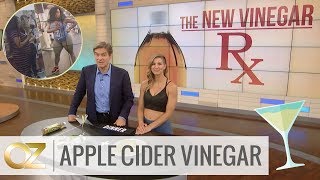 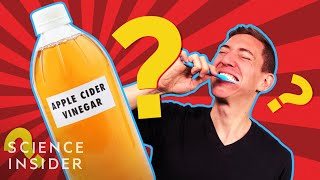 What Apple Cider Vinegar Really Does To Your Body 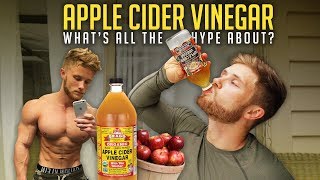 APPLE CIDER VINEGAR: What's All The Hype About? (Science-Based) 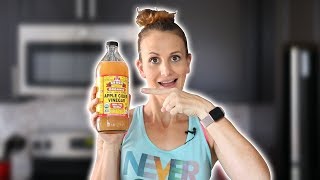 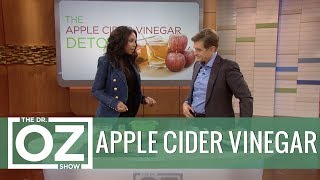 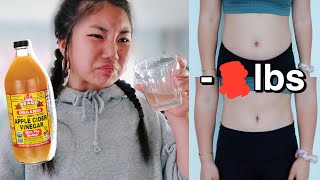 drinking apple cider vinegar for a week *IT WORKS* 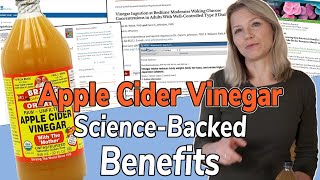 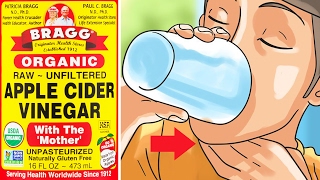 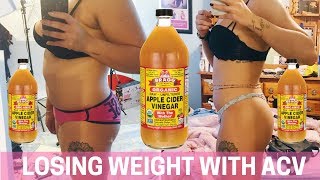