Alp Tablets are used to help people with anxiety and other such disorders. They should be used only as a last resort and the usage has to be monitored with care. Available for nominal prices in Pakistan.

Alprazolam is a tablet that is prescribed for the treatment of anxiety, panic disorder and depression. Belonging to the benzodiazepine drug class, it is a classified as a Schedule 4 controlled substance and is only to be bought with a prescription. There is sure evidence of human fetal risk during pregnancy, which is why Alp Tablets have to be taken with extreme care after consulting a doctor. The dosage should be the lowest possible effective dose and with regular reassessment of dosage in regard to treatment.

Side effects of Alp Tablet

With even more side effects that have been reported, it cannot be stressed enough as to how dangerous the unsupervised usage of Alp Tablets can be.

The more common danger of interaction is if Alp Tablets are taken with any other medicine based on opioids, it can result in profound sedation, respiratory depression, coma and death. These can be prescribed together only if there is no other option at all. In case that does happen the patient should be monitored closely for any signs of oversedation or respiratory depression.

Given how dangerous the unsupervised usage of Alp Tablets can be, it is crucial to again point out that they should only be used with the doctors say. The medicine can be addictive which is another reason it can be dangerous. When one is stopping the usage it is usually tapered off instead of a cold cut off.

Alp Tablets are available for relatively low prices in Pakistan. 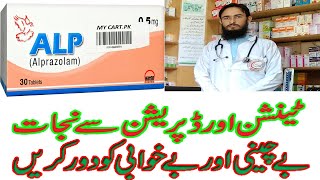 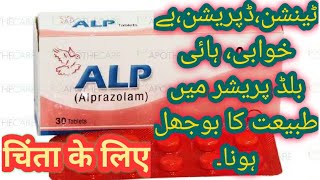 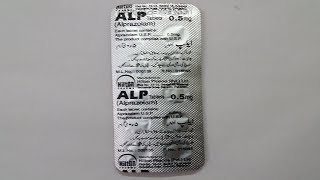 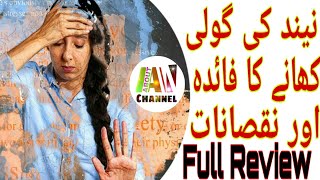 Alprazolam (ALP) 0.25mg,0.5mg and 1mg uses and Side effects full Review in Urdu. 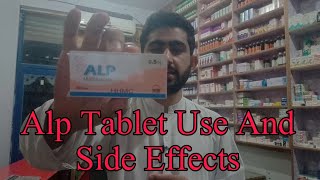 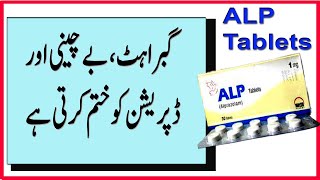 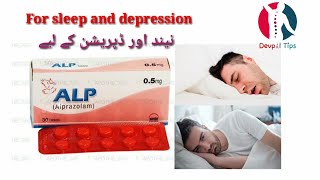