The Predator Helios 300 is an all-rounder laptop that is capable to deliver fast processing speeds for both work and creative projects. It is in the same mid-tier entry-level range as other gaming laptops.

Acer is a famous Taiwan based brand that makes a variety of affordable laptops. They are known for the lightweight design available in both Chromebooks or their signature gaming laptops.

It is powered with a seventh-generation Intel Core i7 processor and is also available in Core i5. With a large 8GB DDR4 SDRAM which can be extended to up to 32GB, it can process, transfer and render heavy data files smoothly.

The Predator Helios 300 is capable of the highest quality graphics on a budget value laptop. Gamers need a large screen that the Predator Helios 300 has, the 15.6 inches is enough to display all details and rich textures of AAA gametitles. It has high-end processing power from Intel and NVIDIA offering 144 Hz display that guarantees a higher refresh rate.

Continuous framerate will feel faster, making the game feel smooth. Continuous seamless gameplay is essential for gamers as it is an advantage during competitive gaming against players who do not have 1920 х 1080 pixel resolution. The cinematic aspect ratio is 16:9 with a pixel density of 142 PPI and pitch of 0.18 х 0.18 mm making it able to deliver immersive gameplay.

The integrated graphics processing unit GPU is the NVIDIA GeForce GTX 1060 or 1050 Ti that can deliver extensive gameplay. The storage capacity is 256GB SATA SSD with a 1TB hard disk. Safe to say, the Predator Helios 300 is a powerful gaming laptop that will ensure experienced to competitive gamers are satisfied.

The dimensions are 0.9 by 14.2 by 10 inches (H-W-D) and weight is 5.1 pounds. The 300 is slimmer than other gaming laptops while remaining durable because of the weight of the overall laptop. The design caters to gamers preferences with an overall black profile with red accents on the hood. Gamers will enjoy the aluminium-plastic combination body and sleek air vents of the Predator Helios 300. The iron red backlit keyboard has many useful keys with a gentle bounce making it easy for gamers to use for hours of gameplay.

Processors are easily overburdened by extensive gaming, resulting in rapid overheating and overclocking but with the AeroBlade 3D Fan technology and 0.1mm thin metal cooling fan, the Predator Helios 300 has 35% more airflow than other gaming laptops. It has low noise and does not overcook easily.

The hidden mechanism under the “Turbo” button will rapidly engage the cooling fans for the GPU. Together the Predator Sense and AeroBlade 3D Fan can maintain a cooling temperature 10 C lower than other base model laptops.

To make things even more flexible and adjustable the Predator Helios memory compartment is easily accessible along with its several ports making it seamlessly compatible with third-party devices. Multiple ports include the USB 3.1 type-c port, gigabit ethernet jacks, USB 3.0, USB 2.0 and an HDMI output 2.0. It does not have an SD card slot and is not compatible with the daisy chain chord extension called Thunderbolt.

The Acer Predator Helios has a long battery life, approximately 7 hours of web browsing and 5 hours and 42 minutes of video playback is possible. It is available online in Pakistan from multiple online-store sellers. 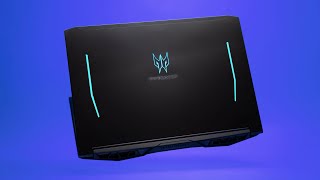 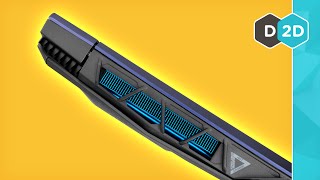 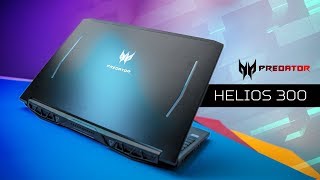 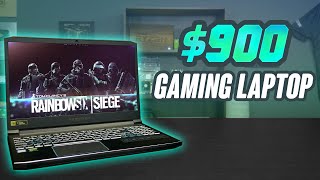 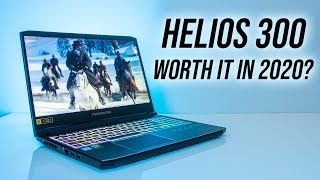 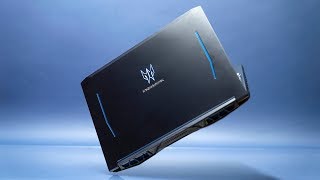 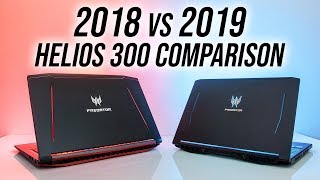 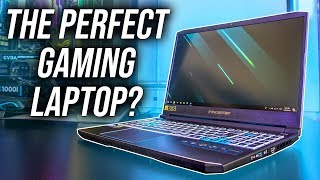 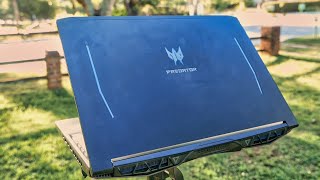 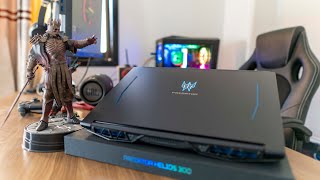